It's seldom that a South African side dominates possession as much as John Mitchell's side did but they were thwarted by the ruthless hosts. 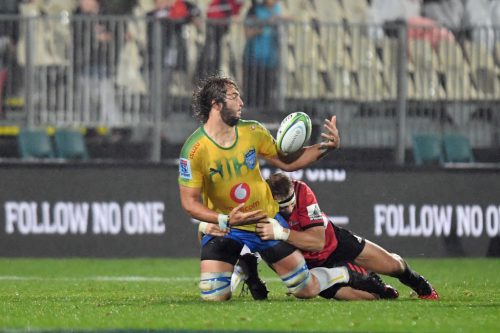 during the round six Super Rugby match between the Crusaders and the Bulls on March 23, 2018 in Christchurch, New Zealand.

In slippery and rainy conditions, the Bulls slumped to their fourth straight Super Rugby defeat when they went down 14-33 to the Crusaders in Christchurch on Friday morning.

With a lineout maul that failed to work and a relentless Crusaders defence stopping them at every turn, the Bulls saw numerous chances slip from their grasp.

The Bulls’ newfound running game was negated in no uncertain terms by the home side.

As a result, they reverted back to the approach of putting the head down and charging, which also had little effect as the frustration grew.

Bulls replacement flank Marco van Staden probably scored one of the sneakiest tries this year in 69th minute after he was stopped but not held and then simply got up again and ran through untouched.

A late Crusaders try though meant that narrowing of the deficit didn’t mean much.

Crusaders outside centre Jack Goodhue created big problems for the Bulls’ defence the entire game. He scored two tries with the first coming vitally just seconds before halftime for a 21-7 lead.