Lions coach Swys de Bruin on Thursday rang the changes to his team for Saturday’s Super Rugby clash against the Hurricanes in Wellington. 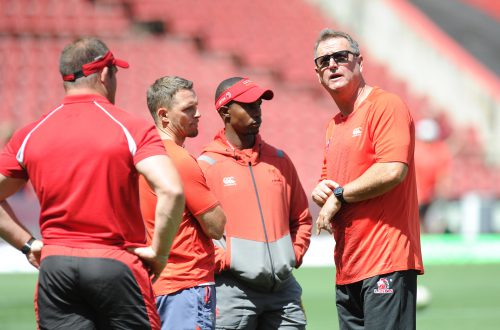 Naming eight changes and three positional swaps from the team that lost 27-22 to the Reds in Brisbane the previous weekend, most of the changes are rotational while there is a return from injury for centre Lionel Mapoe who missed the Reds game with a groin injury, while wing Aphiwe Dyantyi returns after missing the last five matches with a chest injury.

Only four players will start in the same position they did last weekend against the Reds.

Flank Marnus Schoeman gets his first start for the Lions after scoring twice off the bench against the Reds last weekend.

With the fiery flanker, who made an immediate impact from the bench against the Reds last weekend, at six, Kwagga Smith will move to number 8 while Cyle Brink comes it at seven flanker.

Captain Franco Mostert moves back to the lock position where he will partner with Lourens Erasmus who comes in for Marvin Orie.

The front row rotation sees Dylan Smith and Jacobie Adriaanse both get a start ahead of Jacques van Rooyen and Ruan Dreyer.

Nic Groom takes over the number 9 jersey, Aphiwe Dyantyi is back at wing while the centre combination will consist of Harold Vorster and Lionel Mapoe, with Rohan Janse van Rensburg being moved down to the bench.