In a potentially massive blow to the Springboks, Lions hooker Malcolm Marx will return early from his team’s Super Rugby away leg. 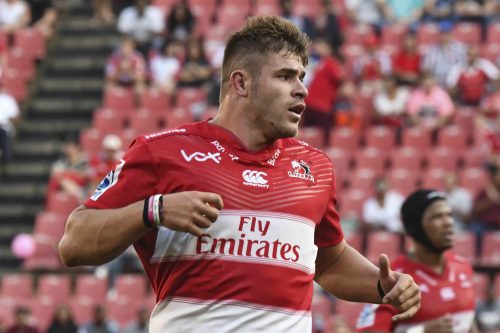 Marx was forced to leave the field as early as the eighth minute with what was later confirmed as a groin injury during the Lions’ 28-19 loss to the Hurricanes in Wellington on Saturday.

The Lions issued a statement later saying Marx will return to South Africa on Monday to undergo scans on the injury, after which more certainty will be gathered on the hooker’s situation.

Named as the SA Rugby Player of 2017, Marx was replaced by Robbie Coetzee in the Lions game, but no replacement will be flown over for the Lions’ final match against the Highlanders this weekend in Dunedin.

This means the Lions will go into their final tour game with just one recognised hooker in Coetzee.

The Lions defeat has seen them dropping a fifth game in their 11th start but they are still topping the SA Conference on 31 points and are second on the overall log – but their log points are lower than the 36 of the fourth-placed Hurricanes due to the conference system while the Crusaders are on top of the overall standings with 38 log points.