Former stalwart Cobus Grobbelaar believes Swys de Bruin and his men don't have to pull rabbits out of a hat to get out of their Super Rugby slump. 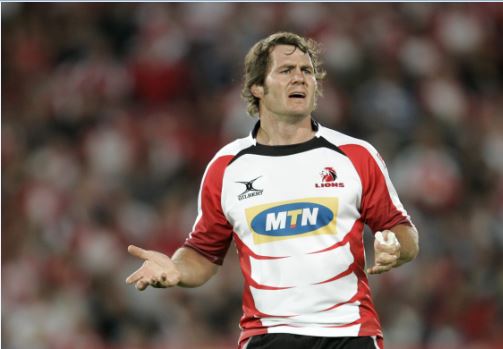 The Lions lost their last three matches on tour but there’s no reason why they couldn’t bounce back against the Brumbies at Ellis Park this weekend.

“I think it comes down to those small details. It doesn’t take a whole new approach. They shouldn’t allow self-doubt to creep in,” he said.

“I remember from my playing days that it’s normally small margins that can turn things around for a team like the Lions who have otherwise performed very well. It’s about taking ownership.”

Grobbelaar said sometimes it comes down to intensity and accuracy at the right moments of a game, to apply patience when it’s required and to up the ante.

“It’s about winning those small battles, like how the approach at the rucks for instance. When to hold back and when to go full-on on attack and defence. The margins can be as small as 1.5%.” he said.

Having played a total of 94 Super Rugby matches, 70 for the Lions and 24 for the Cats, Grobbelaar called it a day in 2012 and says he never thought it to be a goal to continue just one more season to reach that magical 100-mark.

“Personal milestones was never high on my agenda, it was about the commitment to the team and when the desire left my body I knew it was a time to stop,” said Grobbelaar, who was only 30 when he retired.

While he still watches the Lions whenever the opportunity arises, he loves it nowadays to go into the public without being recognised.

“People still call my Baywatch, but once you are out of the limelight you can go with your wife and kids to the malls without being swamped by the fans,” he said.