There is no bigger patriot than the Zimbabwe-born prop, who'll play his 100th Test this weekend. But petty politics almost denied him the honour. 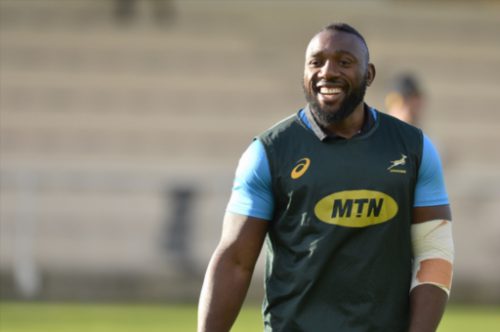 If the past weekend’s Test at Ellis Park was all about Siya Kolisi’s captaincy debut (pretty much), then Saturday’s battle in Bloemfontein will be all about Tendai ‘Beast’ Mtawarira.

The 32-year-old Springbok prop is in line to play in his 100th Test, a remarkable achievement only reached by five other South Africans.

However, Mtawarira’s journey to this wonderful milestone should be viewed with a certain amount of perspective.

He’ll be the first black African player to earn a century of international caps but this isn’t strictly speaking a story of transformation in action.

Popularly referred to as the “Shona Springbok”, Mtawarira is a naturalised South African.

In fact, the Zimbabwe-born powerhouse spent his formative years in his native country, punishing opponents on the field whilst playing on a scholarship at Peterhouse, one of Zimbabwe’s foremost private schools.

Recruited by the Sharks academy after school, Mtawarira made the trek south and rapidly climbed the ranks at Kings Park and made his Test debut against Wales in 2008.

Instead, the man from Harare should be celebrated for the love and passion he has for his adopted country.

You won’t find a bigger patriot than Mtawarira.

That was revealed in what he calls the “darkest time” of his life.

Despite World Rugby, the sport’s governing body, ruling he was eligible to play for South Africa, Mtawarira was threatened with deportation in early 2010.

At the time, government ruled that only nationals could play for the Springboks and that he was still a Zimbabwe national, prompting then chair of parliament’s sports portfolio committee, Buthana Komphela, to threaten to charge SA Rugby and send Mtawarira on his way.

For six months the issue dragged on as home affairs continued to delay the processing of his application for citizenship.

But Mtawarira was defiant.

“I am a South African at heart. I love this country. It has become my home. It is everything to me,” he said at the time.

In mid-2010, the drama was over: Beast Mtawarira was officially a South African.

Thereafter, it was only about rugby when it came to the legendary loosehead prop.

He formed a superb front-row with his great Sharks teammates, Jannie and Bismarck du Plessis. 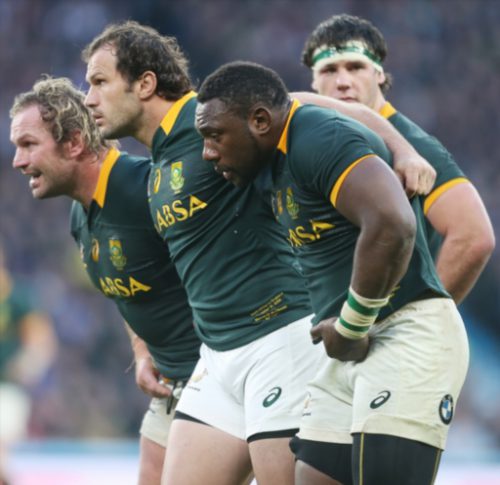 The siblings, rather appropriately, capture the essence of Mtawarira perfectly.

“I would never have guessed that I would have played alongside a Zimbabwean for so many years,” Jannie told SA Rugby Magazine.

“I always knew that I could count on him in the heat of battle. To be honest, Beast is like another brother to me.”

In turn, Bismarck notes how Mtwarira continually needs to prove doubters wrong as they question his work rate and fitness.

It’s an odd situation given how brilliantly he’s performed for the Sharks in 2018’s Super Rugby campaign.

“Beast will go down in history as a Bok who gave people hope, a Bok who never backed down from any challenge,” Bismarck also told the magazine.

“He’s gone through phases in his career when people, from sport writers to coaches, were saying that he wasn’t good enough. Time and again, he’s shown what a big heart he has.”

On Saturday, Mtwarira will make the ultimate statement in that regard.