The Springbok prop will become only the sixth South African player to reach 100 Test caps. 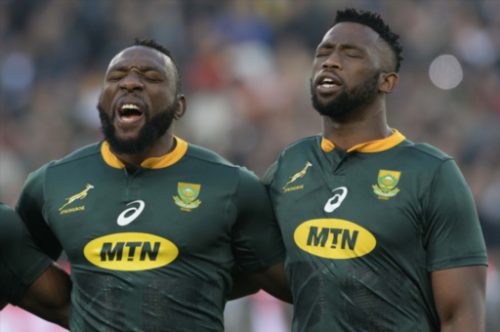 Springbok coach Rassie Erasmus saluted his veteran prop Beast Mtawarira on Monday as the national side builds towards his 100th cap in the second Test against England this weekend.

Zimbabwe-born Mtawarira – who made his debut 10 years ago in 2008 against Wales, incidentally also in Bloemfontein – will become the only the sixth Bok after Percy Montgomery, John Smit, Victor Matfield, Jean de Villiers and Bryan Habana to achieve the big milestone.

“How many guys have achieved that? I think I played 36 Tests and that felt like a lot to me. For a guy to reach 100 caps is phenomenal,” said Erasmus.

“He started at lock and then moved to flank at provincial level before consolidating as a prop to play 100 Tests. What he brings to the party is always valuable. He can be proud of himself and we should be of him.”

But so will the Boks.

One of the changes Erasmus is contemplating is picking Mtawarira’s front-row partner at the Sharks, Thomas du Toit, in the starting XV and in the process giving the “punch-drunk” Wilco Louw a rest.

Louw wasn’t at his best at Ellis Park and has arguably been overplayed at the Stormers this season.

“It’s very tempting to stick with the same guys and make sure we give ourselves the best chance of winning,” said Erasmus.

“But we will try a few other things. After this game there are only 16 matches left until the World Cup. For this weekend there won’t be major changes, but there might be two or three switches.