The Springbok coach won't change much in Bloemfontein but expect a lock as a blindside flanker and possibly a Sharks centre pairing. 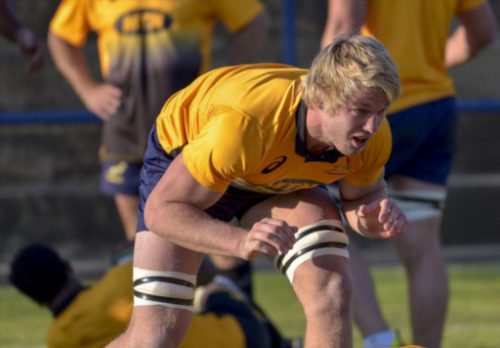 Now for Springbok coach Rassie Erasmus’ next bag of tricks.

As a former Cheetahs coach, he used disco lights on the roof of the Free State Stadium to signal movements, but said the current Bok team are not yet settled enough to go that sort of innovative route.

He did, however, imply two or three changes which could bring players like lock Pieter-Steph du Toit, prop Thomas du Toit and centre Andre Esterhuizen in the possible mix for this weekend’s second England Test.

Peter-Steph du Toit could come in for either Franco Mostert or RG Snyman, and Thomas du Toit or Frans Malherbe for Wilco Louw and Esterhuizen for Damian de Allende.

But it could be tough for Erasmus to replace either Mostert or Snyman after their stellar performances in the 42-39 first Test win.

“The last three minutes last weekend the game could have slipped from us, so we want to get the whole team to start thinking like coaches and not just Siya (Kolisi, captain),” said Erasmus.

“But what Duane Vermeulen and Siya brought to us is great. There’s so many guys with leadership qualities like Handre (Pollard). Despite just 20-odd Tests he has a cool head, we must just empower them to make those sound
decisions,” he said.

One player who added huge value is 42-Test former Boland fullback Willie le Roux, who is back home having played most of his rugby with the Cheetahs before moving on to the Sharks and now Wasps.

“I’ve played with quite a few of the England players so we expected an aerial battle from them, but we were properly prepared for high balls,” he said.

“I still maintain that they are not a bad side despite losing their last few matches … quality side, quality guys and experienced, so they will just go back to basics.

“Having not played for the Boks since 2016 I was very excited going into the game and it felt like my first time all over again.”