Loyal servant Brits in line for a proper swansong

Rassie Erasmus pondering a few changes for the dead rubber against England at Newlands without weakening the chances of a series clean sweep. 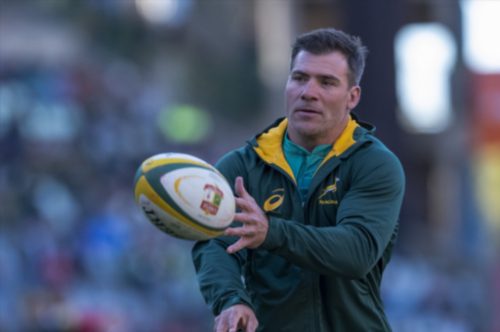 Veteran hooker Schalk Brits could make his belated return to the Springbok match-day squad for the third and final Test against England at Newlands this weekend.

Coach Rassie Erasmus said that while he won’t make wholesome changes, there could be between four and five changes to the squad.

Brits, who has 10 caps, could replace either Akker van der Merwe on the bench or Bongi Mbonambi in the starting team.

“Schalk will definitely come into the reckoning for this game whether it is starting or coming off the bench,” said Erasmus.

Exploring depth in the No 2 jersey is something the Bok mentor is exploring, especially since the World Cup renders the 9s,10s, hookers, No 5 lock and fullback all vital positions.

“You can potentially get a situation where three guys all of a sudden go down a month before the tournament and then you will have to ask yourself if you have the depth among the reserves.

“I think of the way New Zealand played in the 2011 World Cup with five different flyhalves and one wasn’t even in the camp with them and one of those guys won the final for them,” said Erasmus.

The Springbok coach is also encouraged by the gradual growth he’s observed in the side since the first Test both on and off the field.

“Still way off the pace compared to New Zealand and some of the other teams, but slowly getting better,” he said.

Tough times could also lie ahead in the form of dropping players and how they understanding and deal with the way the coach and assistant coaches manage the team.

“So in that way, while there may be still some hiccups, there’s a better understanding of how we operate and handling things so the growth in that regard has been great,” said Erasmus.

On the field, Erasmus believes his charges have improved in some of the areas which was thought to be their weaknesses.