Starting the playoffs against an unpredictable Jaguares team will not be everyone's cup of tea. 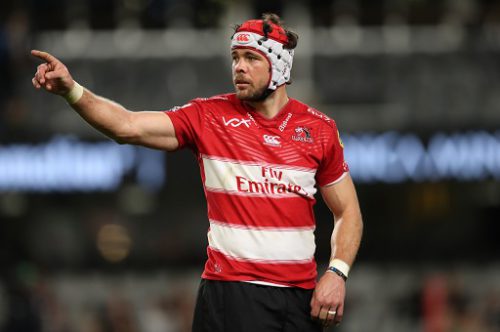 The Jaguares’ unpredictable nature merely serves to illustrate the magnitude of the Lions’ task ahead if they want to win Super Rugby at a third attempt.

Swys de Bruin’s troops take on the Argentinians in a quarterfinal at Ellis Park on Saturday.

While the home side isn’t taking anything for granted, De Bruin hopes the Jaguares’ decision to stay behind in Durban until Thursday before travelling up could come back to bite them as the “altitude on the Highveld is at its thinnest at around 3pm”.

ALSO READ: Lions can’t afford another sleepwalk for a start

Yet it should mean little in reality.

“They do have a very clever coach in Mario Ledesma. We anticipate they might have something up their sleeves,” he said.

“They carry the ball well. The stats show they are way in front in terms of ball carries and take the ball through the hands a lot. They let the ball do the work and use runners off the ball,” said De Bruin.

The Lions though might also have a trick or two – and it’s not going to be based on their usual attacking approach.

Lately, they’ve done most of their damage through a dominant scrum and powerful pack, where hooker Malcolm Marx and flank Cyle Brink are at the forefront.

Flyhalf Elton Jantjies needs to take control at the back.

“I don’t think we’ll change much of what we’ve done the last few years. We have to get the balance right between kicking and running but the purpose is still to go and score tries, said De Bruin.

“The guys enjoy playing against the Jaguares, they are a physical side but they also enjoy the running game.”

A lot of noise is being made about the Lions squeezing into second place on the overall log to secure at least two home dates in the playoffs – quarterfinal and possibly semifinal – but captain Warren Whiteley isn’t worried about the added pressure that might entail.

“Playing at home is wonderful, it can only be an advantage. Any Super Rugby team will tell you that, especially here at Ellis Park,” he said.