Swys de Bruin's troops win a 10-try thriller as their superior conditioning and skills allow them to overcome another slow start against an enterprising Waratahs. 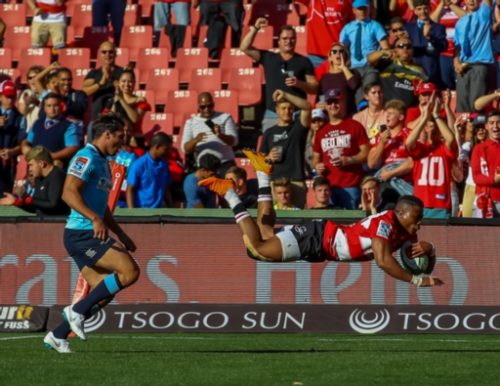 The Lions booked themselves a third successive Super Rugby final after beating the Waratahs in a pulsating 44-26 thriller at Ellis Park on Saturday in their semifinal clash.

With 35 0120 fans cheering them on, the home side now, however, have to travel to Christchurch to meet defending champions the Crusaders who haven’t lost at home this year.

They beat the Hurricanes 30-12 in the earlier semifinal.

But it can’t be denied that the Lions have run into compelling form at the business end of the season.

If the Lions had a statue stashed away somewhere they definitely would have handed it to lock Franco Mostert. He was probably unlucky to have a try disallowed in the 33rd minute when a deflection from lock partner Marvin Orie drifted forward, but was immense in other areas, playing a key role in the maul try scored by hooker Malcolm Marx four minutes before the break. He went through a mountain of work on defence and dominated his collisions.