Five Springboks to keep an eye on

These are the men who can help shape the latest chapter of Rassie Erasmus' revolution. Another early chapter in Rassie Erasmus’ Springbok revolution commences this weekend when they commence their Rugby Championship campaign against Argentina in Durban on Saturday.

The national coach has noted how he has to balance long-term planning with enough experience to mount a credible World Cup challenge next year. It’s fairly obvious why the bulldozing, dynamic hooker is such a crucial piece of the puzzle.

The 23-year-old is, essentially, a flanker playing in the No 2 jersey.

While his basics have improved immeasurably – such as scrumming and lineout throwing – Marx’s greatest asset is his presence in broken play.

He’s a great ball-carrier and his breakdown ability will more than make up for Duane Vermeulen’s absence. It’s tough being an older player in a Springbok side.

The local rugby public actually doesn’t have much sympathy for the wiser men of the world and easily favour a younger player.

Louw is 33 and you can bet top dollar that if he doesn’t hit his straps reasonably quickly, the outcry will be loud.

The veteran flanker has an important role to play, specifically because he’s versatile.

There are still question marks over whether Warren Whiteley fits into Erasmus’ ideal template for a loose trio, leading to the possibility that the Lions skipper will only play certain matches.

That means Louw might have to be shifted to No 8 – role he fulfilled superbly against the All Blacks at Newlands last year – emphasising his value. The Lions winger has been one of the success stories of the 2018 season.

In fact, the 23-year-old’s year has progressed in exactly the manner the national coaching staff would’ve wanted.

He first proved a try-scoring machine, then showed up well when the going got tough for the Lions, made his international mark against England and delivered rounded, all-round showings in the Super Rugby knockouts.

It suggests that Dyantyi is more than just a one-trick pony.

He can slug it out in tight games while his unpredictability adds a massive dimension to South Africa’s backline play.

But he’s facing top-class opponents over the next few weeks.

It will challenge Dyantyi relishes. 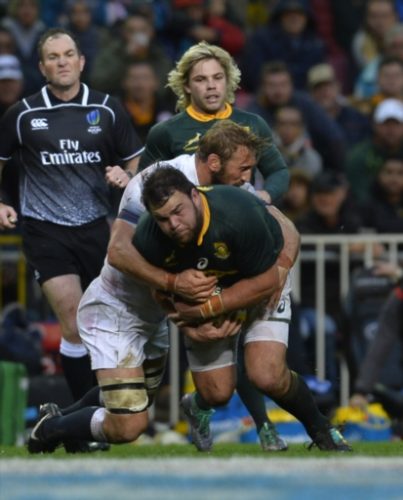 It says much of the Stormers tighthead’s ability that his coaches show so much faith in him despite a poor injury record.

The 27-year-old is a prop in the classical mould, a strong scrummer, carrier and hard defender.

If Malherbe manages to string together a few months of action, the evidence suggests he could be a key player.

But the injury ghost continues to haunt him in that regard.

Another factor is the Boks’ depth in the No 3 jersey.

Various men such as Thomas du Toit, Coenie Oosthuizen and Wilco Louw are knocking on the door.

It means that while Malherbe has the inside lane to make the position his own, he can’t be complacent.

It hasn’t been easy for the Sharks star to make the jump from Super Rugby to Tests.

His performances against England were lukewarm at best but it also probably didn’t help him much that he to partner Damian de Allende, whom he hasn’t played much with.

Am’s set of skills make him an ideal international centre.

He’s a fine distributor, robust tackler and a man who runs good lines.

Also, the 24-year-old is a very underrated ball poacher.

The Bok midfield is still up for grabs and perhaps a partnership with his Sharks teammate Andre Esterhuizen will bring out the best in him.