Ivan van Rooyen hopes to channel everything he's learnt in the past nine years to take the Lions to Currie Cup glory. 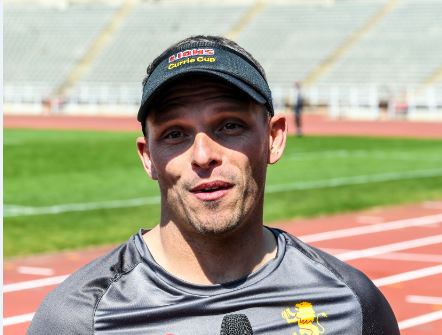 The humble Ivan van Rooyen doesn’t initially strike one as a leader.

He’s softly spoken and a man known for doing his best work behind the scenes.

Van Rooyen laughs while insisting that its origin is not for public consumption but it nonetheless started during his varsity days at the University of Johannesburg.

In his first year at res, he was named Kontant (or cash) and as a senior was anointed the title Kommandeur Kontant or “Commander Cash”.

Over a decade after finishing his studies, Van Rooyen is a commander again … but this time he has the massive task of being the Lions’ head coach in the Currie Cup.

“I won’t claim that I’ve ever really been a head coach. I’ve kind of been moulded in the last nine years by working under men like John Mitchell, Johan Ackermann and Swys de Bruin,” he said on Tuesday as the men from Ellis Park build up towards their opener against Griquas on Friday.

“I’m new to coaching, but I’m definitely not new to the system here at the Lions. I’ve been deeply involved in the system for years and been a part of the planning sessions. All the coaches have always been involved.”

Van Rooyen has indeed seen the Lions at their highest and lowest ebbs since joining team management in 2009.

While gaining a reputation for making the side into the local side that comes closest to mirroring the conditioning of a New Zealand team, it’s not unusual for a man of his vocation to broaden his horizons.

“I tapped into Rob’s mind without even knowing I was going to get this role,” he said.

“Another great example for me is a guy like (Bok defence coach) Jacques Nienaber, who started out as a physio, and then did strength and conditioning. Now he’s rated as one of the best defence coaches in the world.”

It’s understood that Van Rooyen has specifically been handed the role because he ensures continuity and by all accounts he’s happy to do that.

However, there’s hopefully also an opportunity for “Coach Cash” to stamp his own authority on things.

“I’m not here to reinvent the wheel but I’d like to take this team forward and maybe that involves just changing one or two little things.”