Springboks take a gamble with their flankers

Coach Rassie Erasmus drops a known scavenger in Marco van Staden for a bigger ball-carrier against Argentina. But will the match follow that course? 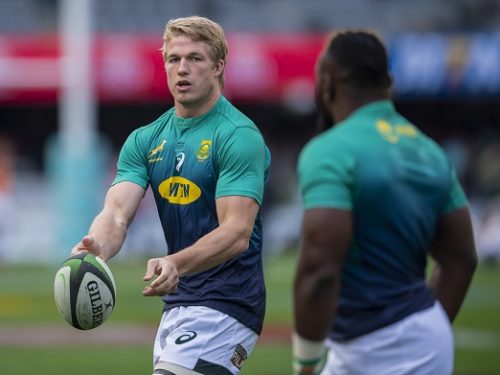 Springbok coach Rassie Erasmus kept his word in only making a few changes for Saturday’s Rugby Championship battle against Argentina in Mendoza.

Yet some decisions are distinctly eye-catching.

There probably wasn’t much scope for change anyway given South Africa’s comfortable win in Durban last weekend though the decision to drop the nippy Marco van Staden is interesting.

The Bulls flanker is a specialist opensider and predominantly employed to scavenge at the breakdowns.

However, it would seem that Erasmus believes the Boks will rather need a ball-carrier for the latter stages of the match, leading to Pieter-Steph du Toit being employed on the bench in what will surely mean he plays blindside flanker.

His place in the starting line-up is taken by former Lions bolter Franco Mostert.

“Franco needed rest after Super Rugby and the June internationals and we therefore didn’t consider him for Durban. He’s been our first-choice No 5 lock and that’s why is starting on Saturday,” said Erasmus.

Dropping Van Staden places more of a burden on the experienced Francois Louw and Malcolm Marx to disrupt the breakdowns, while also possibly pointing to captain Siya Kolisi shifting to No 6 later in the match if Du Toit should come on.

But is that really his game?

Wilco Louw is the replacement tighthead, swopped with Thomas du Toit and RG Snyman is the designated lock substitute.

The rest of the match day squad stays, as expected, the same.