Sharks the bearer of bad news on Springboks’ flanker depth

The Durbanites, and by extension Rassie Erasmus, is an influential young flanker short for the next two months at least. 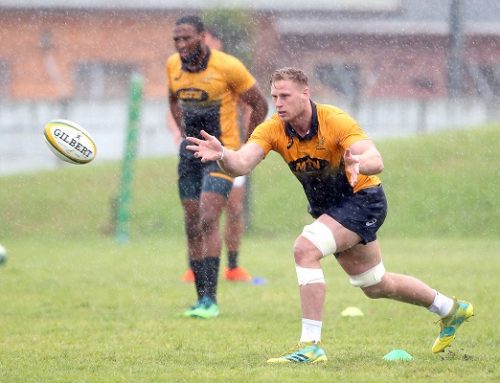 The Sharks had bad news for the Springboks’ depth at flank for the rest of the Rugby Championship.

Coach Robert du Preez on Thursday provided clarity on why one of his twin sons, Jean-Luc, was released from the national squad before their departure for Argentina.

It turns out the robust blindside flanker has a groin injury that requires surgery.

“JL is actually going for an operation (on Friday),” said Du Preez.

“He’s had a longstanding groin issue that really needs to be dealt with. We’ve haven’t got the final details on what the doctors are going to do exactly but it looks like a sportsman’s hernia.”

It rules the 24-year-old out for the rest of the Sharks’ Currie Cup campaign – which commences against the Blue Bulls at home on Saturday – as well as the Rugby Champs.

“I’m not quite sure how long those injuries keep you on the sidelines but I think about two months at most. He’ll be out for the Currie Cup but he’s in contention for the year-end tour to Europe.”

Du Preez’s absence doesn’t faze his father too much, given that he probably wouldn’t have been much involved anyway.

Instead, the Sharks mentor believes his squad is one capable of overcoming last season’s heartache in the final against Western Province.

“On paper we certainly have a squad to mount a challenge. We’ve got to go out there and hit the road running. It’s a short campaign,” said Du Preez.