Eight franchises on Thursday must vote on a new, radical contracting model that will need to help stop the bleeding of money. 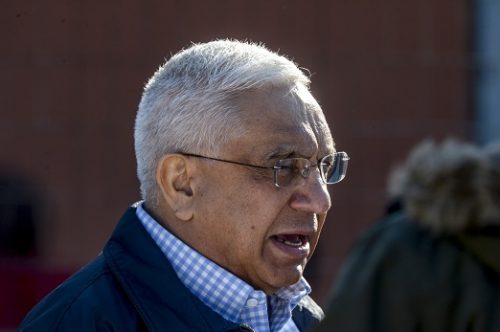 South African rugby’s future financial viability could essentially be determined on Thursday when its eight franchises vote on a new contracting system.

It’s no secret that the finances of virtually every professional side in the country are in dire straits, predominantly due to the pressure exerted by the foreign market as well as the fact that there are simply too many professional players currently plying their trade.

“We’ve created a false market in this country. It’s simply not sustainable having 990 players trying to make a living,” SA Rugby president Mark Alexander said on Wednesday at the launch of this season’s Pro14 campaign.

“We have the biggest number in the world.”

Under the new, radical contracting model, the number of professional players in South Africa would be cut to 459.

This would entail the eight franchises – the Lions, Bulls, Stormers, Sharks, Cheetahs, Southern Kings, Griquas and Pumas – would have to limit their senior contracted sides to between 45 and 50 players.

Any surplus players would be placed into a draft and made available to teams who might require them.

“In the new model all the best players will be playing all the time. You won’t have the third and fourth choice guys sitting in the store-room,” said Alexander.

“Also, with the new model, some players will have normal jobs and work in the day, and earn a salary, and then play on weekends, and receive a game fee. Once we bring in the draft system smaller teams will benefit by being able to select players that would ordinarily not get game time at the franchises.”

Alexander is confident that the franchise chiefs will vote in favour of the proposed model.

“This initiative is driven by the unions in conjunction with the players and their association. They’ve drafted this document, it’s a great one. We should’ve done this much earlier.”

Yet while the franchises might be keen to change things, SA Rugby has the sticky issue of trying to keep the smaller professional and semi-professional unions in line.

Unions such as the Leopards have threatened legal action throughout the year due to a significant reduction in subsidies, which essentially keep these teams afloat.

It’s understood that the new model proposes these teams to become semi-professional “feeder teams” to a franchise.

“It’s a reality that we need to find a way to cut the expenses. You have to pay the parties that generate the funds. And those guys are the Super Rugby and Pro14 franchises. It’s unfortunate but we’re not here to kill the smaller unions,” said Alexander.