We don’t want to see high scores like this, says Lions defence guru

Joey Mongalo admits though that rules and expectations are influencing the possibly lopsided scores seen in the Currie Cup to date. 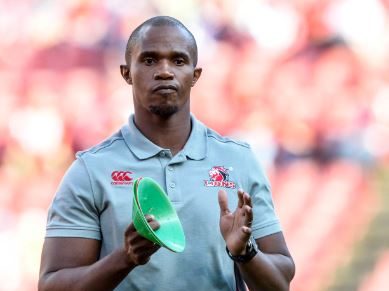 Lions defence coach Joey Mongalo feels conflicted over the high scores that have characterised the Currie Cup to date.

No less than 68 tries have been scored in eight tries, not only pointing to the attacking mindset of the teams but also perhaps some poor defending.

“The way the rules have become and the way people want rugby to be played is this way,” Mongalo said on Tuesday as the Lions prepare for a weekend meeting with the Free State Cheetahs at Ellis Park.

“But I can tell you that us defence coaches, all around the world, don’t want scores like that.”

That’s a reassuring thought for purists who’ll believe that sides are getting their priorities wrong and potentially “neglecting” defence.

The Lions, who are unbeaten after two matches in a shortened campaign, have hardly been poster boys in terms of keeping things tight.

Yet Mongalo insists it’s all about maintaining perspective.

“What we’re trying to do – because we’re building on a system – is to look at where those tries we concede originate from,” he said.

“Against the Blue Bulls last weekend, all four of the tries we conceded in the first half came when we had the ball and couldn’t exit. We focus on things like that, instead of the defensive system per se.

“If you look at Super Rugby, as the season went on, we got better and better. We’re hoping it happens now too.”

A fair number of rookies have been required to get used to the way of doing things and given that this year’s tournament only consists of a single round of fixtures, the pressure is on the Lions to get it right quickly.

“Yes, we have less time. But we still have about six weeks left to grow into the system. I think that’s enough time,” said Mongalo.