Rassie shows adaptability as he puts faith in Elton Jantjies

The Lions pivot is one of several eye-catching Springbok changes for the Test against the Wallabies in Brisbane. 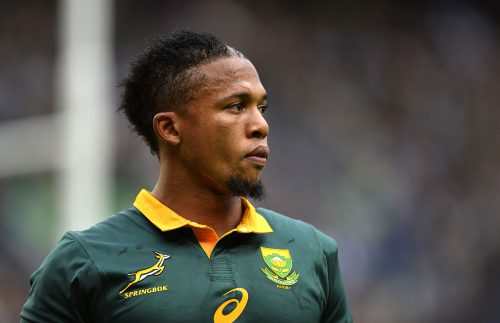 Springbok coach Rassie Erasmus on Thursday morning provided a glimpse that he might not be a rigid selector as some of his predecessors.

That was evident in his selection of Elton Jantjies at flyhalf for Saturday’s Rugby Championship clash against Australia in Brisbane.

A few weeks back, Erasmus had been asked about where the Lions pivot fitted into his plans, especially following a poor showing in the third Test against England at Newlands.

On that occasion, the national mentor made it clear that Jantjies was still in the picture but firmly considered as the deputy for Handre Pollard.

However, Pollard’s poor form made it difficult for Erasmus to keep that arrangement going.

As a result, he’s clearly changed his outlook and realised that Jantjies and Pollard are probably far closer to each other in the pecking order than initially thought.

S0me will argue that thrusting the Lions star into the pressure cooker environment of Brisbane is a gamble but Erasmus’ backline consultant, Swys de Bruin, will be first to tell him backing Jantjies is never a bad idea.

Over the years, the 27-year-old has shown he’s a confidence player and faith in him brings out the best in him.

Meanwhile, Erasmus has addressed the imbalance of his loose trio by shifting Pieter-Steph du Toit to No 7.

It means a shift back to the openside for captain Siya Kolisi though that shouldn’t be a problem given his familiarity with the role.

What it does mean though is that hooker Malcolm Marx will have to be more imposing at the breakdowns when he comes on as replacement.

It’s one of his greatest strengths but it went missing against Argentina in Mendoza.

Erasmus has also reverted back to the familiar midfield duo of Damian de Allende and Jesse Kriel, while Cheslin Kolbe is expected to make his first appearance off the bench.