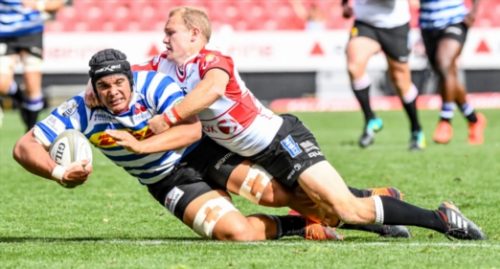 Western Province hit the Golden Lions like a runaway train – especially in the first half – in their Currie Cup clash at Ellis Park on Saturday afternoon, cruising to a 65-38 win.

Scoring five of their nine tries in the first half, Province went into halftime with a commanding lead of 39-10, exposing some very soft defence from the Lions.

With left wing SP Marais scoring 25 points, the powerful Province forwards laid the foundation and the dangerous Lions backline was left to feed from scraps and forced to play catch-up.

This Province side is definitely showing why they are hot favourites to retain the title.

Despite clearly being chastened, the hosts did at least score 28 points in the second 40.

While there were strong performances from Province fullback Dillyn Leyds and flanker Kobus van Dyk, the young and powerful No 8 Juarno Augustus showed why he is being tipped as a future Bok. It was his strong running that created the opportunity for Leyds to score his team’s first try.