No hard feelings - at least on the surface - from the versatile front rower as approaches the twilight of his career at Ellis Park. 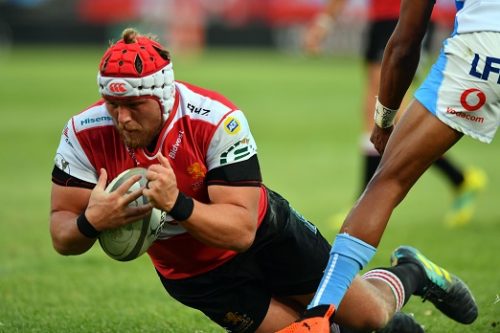 Corne Fourie of the Lions during the Currie Cup match between Vodacom Blue Bulls and Xerox Golden Lions XV at Loftus Versfeld on September 01, 2018 in Pretoria, South Africa. (Photo by Johan Rynners/Gallo Images)

His priorities are still firmly with the Golden Lions, despite being set to join Western Province following the completion of the Currie Cup competition, hooker Corne Fouried said.

Fourie, who played 16 games for the Blue Bulls and 72 for the Pumas since 2010, before racking up 64 for the Lions since 2014, said he would leave with mixed emotions.

“My priorities lie with the Lions. My heart is with them and at this stage it’s important for me to get them into a semifinal or a final. They opened a lot of doors for me,” he said.

“And here I think of coach Ackers (Johan Ackermann) who fetched me at the Pumas, but one’s career is of such a nature that doors close and doors open,and it’s the next chapter which one looks forward to.”

Fourie, 30, who was converted from a prop to a hooker, said he was still comfortable at both positions, and the dual role brought more energy to his career.

“It’s a new challenge. I enjoy the freedom and give credit to Malcolm (Marx) and Robbie (Coetzee) who helped me a lot.”

For now, he felt it was vital for the Lions to get their campaign back on track against the Sharks in Durban this weekend after a big loss to Province.

“The Sharks pride themselves on their scrumming and lineout work,” Fourie said.

“They have Juan Schoeman, who is a dominant loosehead, and Chilliboy Ralepelle, who has all the experience, having been a Bok hooker, so that’s where we have to take them on.

“It will be hard and physical, and that’s where the game will be won or lost.”

Fourie believed they had learned a great deal from their crushing defeat to Province last week, which they could take into this weekend’s game.

“The lessons were individual errors,” he said.

“We must take personal responsibility for where we are on the field and execute those one-on-one tackles.”