Boks: Think the forwards are the dumb ones? Think again!

Assistant coach Matt Proudfoot proudly proclaims it's his group of players that are the experts, not himself. 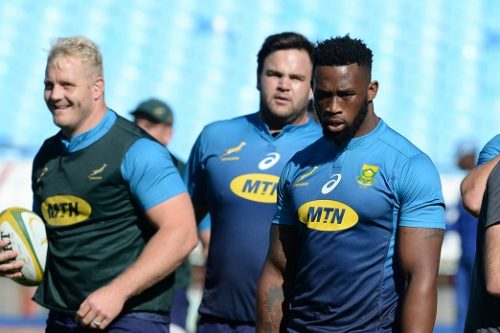 National forwards coach Matt Proudfoot proudly proclaims that his group of forwards – the jewel currently in the Boks’ crown – are the one’s that take the lead in terms of learning and strategy.

It’s truly a comforting thought given the continued perception that local players lack brains over brawn.

“Player learning from each other in the front row, and in the pack in general, is very important,” said Proudfoot.

“I’ve been very pleased with the amount of work the props, hookers and locks are doing with each other. They’re upping each others’ skills with different challenges and that’s how you get better.”

In fact, Proudfoot, a former Scottish prop, more than willingly lets his players take the lead in formulating plans.

“Once the plan’s out there, it’s up to them to execute. I’m not the type of coach who’s going to force my plan on them,” he said.

“They’re the experts. I’m just there to help and facilitate them to become better players, to create an environment where they can learn. That’s what impresses me, how the group has taken ownership. They’ve got solve problems out on the field.”

One position where there’s no shortage of intellectual capital is prop, particularly tighthead where competition is very strong.

“A guy like Trevor Nyakane is working really hard to be our swinger (a prop that can play both loosehead or tighthead). The All Blacks attack your scrum. We’re going to have to be smart about the man we pick at tigthead,” said Proudfoot.