Pollard ever the diplomat on playing centre

The Springbok pivot says it's 'nice' having an obvious feel for the position but one also realises his heart lies with his beloved No 10 jersey. 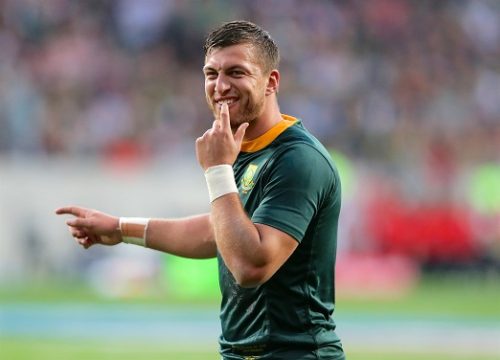 Handre Pollard is the eternal diplomat.

It doesn’t mean he’s a robot but he’s also not particularly outspoken.

Unsurprisingly, the Springbok flyhalf isn’t overeager to promote his obvious aptitude for the No 12 jersey.

ALSO READ: Boks: Think the forwards are the dumb ones? Think again!

One of the features of South Africa’s magnificent victory over the All Blacks three weeks ago was how well Pollard and Elton Jantjies combined as a decision-making partnership once the Lions pivot came on as a replacement.

Jantjies played a brilliant cameo, while Pollard lent solidity and direction to a position that’s been a headache for national coach Rassie Erasmus all season.

Is the Bulls star’s international future actually at No 12?

“Lately, we’ve only been tackling when I switch to inside centre,” Pollard said on Tuesday with a chuckle, ahead of Saturday’s big clash against the New Zealanders at Loftus.

“I don’t know if that means anything but I’m a flyhalf first and foremost definitely. I do think it’s good for a team to have a 10 that can move to 12 during a game. You never know what the situation will be and you need that type of cover.

“I haven’t played there for a while but there’s been some backing. I enjoy it. It’s fun for me to play a bit of 12. I enjoy the physicality.”

Yet one struggles not to feel that Pollard’s heart lies at 10, a position he’s made his own in this side.

The 24-year-old has also quickly regained his goal-kicking confidence after a poor start to the Rugby Championship campaign in that regard.

“It just required some small tweaks, and I had to keep in mind that you’re going to have your off days and that it happens to the best in the world. For now it feels good, and hopefully I can keep that going. I didn’t work with a kicking coach or anything,” said Pollard.