The 21-year-old has now become crucial figure in term of the Springboks' depth at scrumhalf but he still can't make a starting XV. 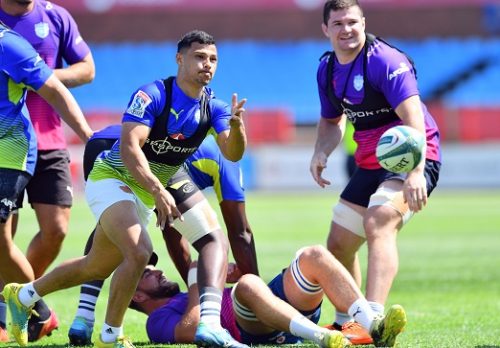 Embrose Papier’s extensive involvement – at least from a squad perspective – at the Springboks hasn’t translated into a starting role at the Blue Bulls.

The 21-year-old halfback will once again be on the bench when his provincial side tackle Western Province at Loftus in a crunch Currie Cup meeting for the hosts.

Papier’s importance from a national perspective has risen substantially following the news that Faf de Klerk won’t be available for the Boks’ end-of-year tour to Europe.

Ross Cronje’s season is also over due to a shoulder injury.

Bulls mentor Pote Human defended his decision by arguing his young side needs the experience of Ivan van Zyl against the table-toppers.

“I just thought we needed Ivan’s wisdom for this weekend’s game. It’s a young team,” he said on Thursday.

“We’re banking on Embrose making a huge impact off the bench.”

Human also revealed that he’s had no direct contact from Rassie Erasmus this week on how Papier should be employed, leading to the assumption that he’s satisfied with the Bulls’ judgement on the matter.

“I haven’t had a call from Rassie, so I’ve made my own call,” said Human.

“But it’s definitely not always easy managing to internationals in the same position. For this week, we went with experience. I’ll definitely speak to Rassie next week, I just didn’t have time this week because everyone came back and I had to prioritise our preparation.”

What undoubtedly also makes the Bulls’ selection easier to swallow is the fact that Van Zyl, himself only 24, is one of the frontrunners to go on tour next month.

With that in mind, Erasmus arguably wants as much game-time for him as Papier.

“I’m pretty sure our two guys will be selected for the tour,” said Human pithily.