The Springbok No 8 though has to gel quickly with two rookies joining him in the loose trio for Saturday's Currie Cup semi in Durban. 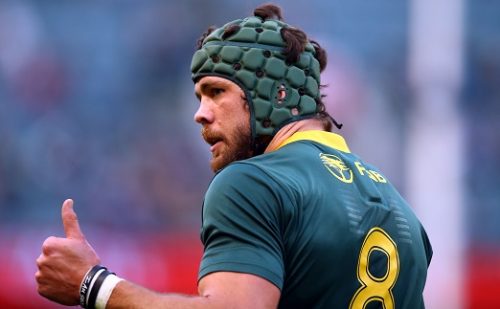 Warren Whiteley of South Africa during the Rugby Championship match between South Africa and Argentina at Jonsson Kings Park on August 18, 2018 in Durban, South Africa. (Photo by Steve Haag/Gallo Images)

Warren Whiteley’s influence at the Lions is so deep that he can essentially walk into the team anytime he wants.

The experienced Springbok No 8 will start Saturday’s Currie Cup semifinal against the Sharks in Durban, notably relegating one of the stars of the tournament in Hacjivah Dayimani to the bench.

Perhaps the bigger issue here is not the fact that Whiteley is in the starting XV but rather whether his presence disrupts the Lions’ rhythm.

After all, this is a loose trio that’s never played together.

“It’s very much a classic loose trio combination. The Boks have been training with us all week. I really don’t see much of a problem.”

National interest also counts for much in this case as Bok mentor Rassie Erasmus would want Whiteley to regain some match fitness before the year-end tour to Europe.

The 31-year-old had missed the latter part of the Rugby Championship due to a groin complaint.

“But also as a human being and leader, he’s priceless. I’m really looking forward to having him back. He brings such calmness.”