The humble, genial new Super Rugby coach of the Bulls opened up a bit on what he'll be about. 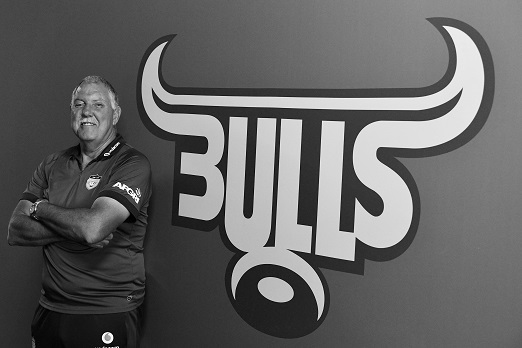 Yet the 59-year-old stalwart, who’s coached at every level bar international, is a man with fierce loyalty towards the team and won’t ever be accused of a lack of dedication.

Here are some of the interesting comments he made after his “official unveiling” on Tuesday.

On being an “afterthought” appointment…

I’ve coached at all levels – schools, club, age-group and senior provincial. I was the head coach when we shared the Currie Cup in 2006 and assistant coach when we won Super Rugby in 2007. People can say what they want, I have extensive experience.

It’s about me getting on with my duties and achieving on-field results. That’s the best way to silence critics.

That’s probably something I’ll have to sit down with my support staff and discuss. I’m not a coach that stands man-alone. I encourage the sharing of ideas. Mitch laid a really good platform last season. We played some really good rugby in Super Rugby despite not always getting the desired results.

However, in the end, all that matters is results. If you lose by a point, you still lost. We’ll build on our template, but we’ll probably have to tweak one or two things. We certainly want to keep possession better and capitalise on scoring opportunities better.

I’m really excited. I’ve asked around about them extensively and I’m actually meeting Schalk on Wednesday. They are certainly expected to contribute greatly to our cause, they’re out-and-out professionals and have a lot of experience. Our Springboks have told me of the immense respect they have for those two men.

I also want them to share their ideas during training. They can easily be considered de facto coaches.

On his biggest immediate challenge…

To win (laughs). No, I think a priority is that we need to gel our senior players as quickly as possible. Most of them are still scattered overseas and only join us again in January. It’s going to be important to establish a culture immediately. Another thing I want to address is discipline. I’m pretty big on that and it’s actually something I want to work on. I wouldn’t say it was lacking previously, but it can be better.