Super Rugby team preview: Time for the Sharks to shift up a gear

Blessed with a settled squad and some keen thinkers, Robert du Preez's Durbanites should aim high in 2019. S'bu Nkosi of the Sharks during the during the Super Rugby, #SuperHeroSunday match between Emirates Lions and Cell C Sharks at Cape Town Stadium on February 03, 2019 in Cape Town, South Africa. (Photo by Carl Fourie/Gallo Images)

If the Sharks needs to make sense of what exactly last year’s Currie Cup title victory means for 2019’s Super Rugby campaign, they need not look further than what it did for the Lions in 2015.

In that World Cup year, critics bemoaned a domestic competition that was watered down, but the Lions were hardly bothered in generally romping towards the hallowed trophy.

Yet what was notable about that triumph was how it laid the foundation for three consecutive Super Rugby finals.

Robert du Preez’s side is currently blessed with a similar type of continuity as well as the confidence that winning a trophy naturally brings to any side.

2019 is the year they need to make a statement.

What counts in their favour?

A settled squad is an obvious strength, but a really mouthwatering prospect is that of the Sharks going stepping onto the field with a refined game-plan.

Under Du Preez they’ve been measured and practical though they’ve at times lacked killer instinct and creativity.

The recruitment of the highly regarded David Williams as attack coach and the continued involvement of former England international Nick Easter on defence could change all that.

Both positions aren’t portfolios that will change the whole system.

It will merely refine it … and that’s exactly what the Sharks need.

What will hinder them?

Du Preez is known for not being an overly collaborative thinker and will need to trust his support staff and players.

Setbacks also shouldn’t necessarily be dealt with by reverting back to a more conservative approach as dogmatically sticking to a game-plan is what’s proved a weakness previously.

Additionally, there are some question marks still over the overall creativity in the backline as well as the quality of the locks. There are numerous, but the role of the gifted Thomas du Toit is going to be massive.

The 23-year-old versatile prop arguably made a bigger overall impact than Steven Kitshoff on last year’s trip to Europe for the Boks.

His dynamic carries can add vital impetus to the Sharks’ attack, while his strong scrummaging provides much of the platform that the team plays from.

Don’t forget his defence and ability on the ground. 21-year-old Aphelele Fassi made a massive impression in last year’s Currie Cup, seamlessly fitting in between fullback and wing.

He’ll be keen to make the step up and can potentially provide the backline with some X-factor. 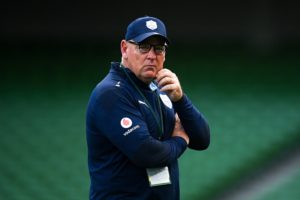 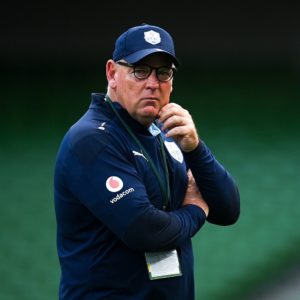 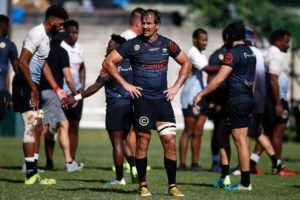 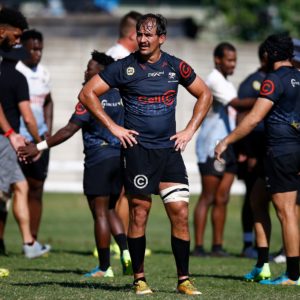 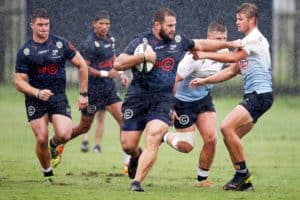 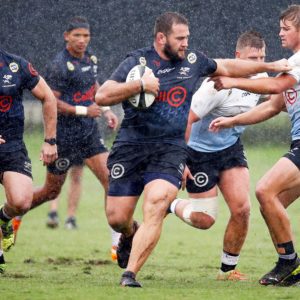