Plagued by political infighting, the Stormers need to ensure that off-field shenanigans don't spill over onto the field. 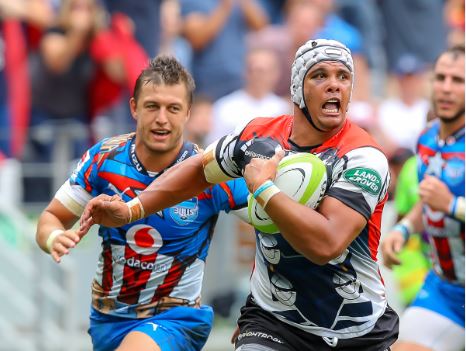 Flanker Juarno Augustus is one to watch. Photo: Gallo Images.

It remains remarkable that Stormers, at least on paper, is still South Africa’s strongest franchise despite its suits trying its utmost best to match the ANC for divisiveness.

The build-up to this year’s campaign has been dominated by new Western Province Rugby Union president, Zelt Marais, lobbying not only for Paul Treu and Peter de Villiers to become influential coaching figures at the franchise, but also attempting to expand his portfolio into operations.

The players reportedly hate both ideas and earlier even mooted strike action due to a lack of clarity and communication coming from leadership.

While there seems to be an unsteady truce now, the feeling persists that unless something changes drastically, this will be the last campaign for a host of national stars – from Siya Kolisi to Steven Kitshoff to Pieter-Steph du Toit.

Two scenarios will define this campaign then: either this squad will play out of its skin or the off-field drama will spill over to on-field performances.

What counts in their favour?

The number of Springboks in the squad can’t be underplayed.

And what also needs to be taken into consideration is that the Stormers don’t merely possess the up-and-coming generation of national players anymore.

Add to that some brilliant talent and one can’t help but feel an even moderately coached team will flourish.

What could hinder them?

Having a legion of nationally-contracted players is a curse in a World Cup year, especially if Erasmus is going to withdraw them for certain rounds of the campaign.

That could disrupt momentum.

Kolisi and Du Toit have, frankly, been overplayed for the best part of two years and their management will be crucial.

Questions persist over the quality over the coaching, though things went reasonably well in 2017. Pieter-Steph du Toit of the Stormers during the Super Rugby, Warm Up match between Boland and DHL Stormers at Boland Stadium on February 08, 2019 in Wellington, South Africa. (Photo by Ashley Vlotman/Gallo Images)

Kolisi’s leadership and influence will naturally be massive, while his ability to play in every position in the loose trio is a bonus.

But it’s difficult not to label Du Toit as the Capetonians’ talisman.

It’s not just that he’s close to being the best blindside flanker in world rugby, his reputation as an equally stellar lock provides the Stormers cover in two positions.

He feels like a veteran already given that he was first-choice flyhalf for most of 2018, but the (still) 20-year-old Damian Willemse still has much to prove now that the national setup considers him an all-rounder.

'This means more': Siya Kolisi sends a shoutout to his three-year-old fan
2 days ago
2 days ago
PREMIUM!

'This means more': Siya Kolisi sends a shoutout to his three-year-old fan
2 days ago
2 days ago
PREMIUM!