The men from Ellis Park are holding their collective breath over the severity of their inspirational skipper's injury. 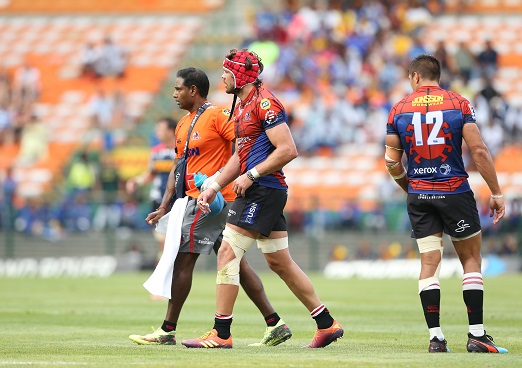 The Lions not only lost to the Stormers for the first time in almost four years at the weekend, but they probably also
suffered a crucial injury blow to inspirational captain Warren Whiteley.

Ahead of their clash with the Bulls this weekend, in their first Super Rugby home game of the season, the Lions might be looking for a new skipper, with Elton Jantjies considered the most likely candidate.

Whiteley left the field late in the first half with a suspected torn pectoral muscle during the Lions’ last-gasp 19-17 defeat at Newlands.

It is hope there will be clarity on the severity of his injury later on Monday.

“It was bad for us that Warren had to come off,” said Lions coach Swys de Bruin.

“Everyone could see the emotion on his face. He is just so passionate and a total leader.

“But I’m also proud of the guys who stood in, like Elton and Kwagga (Smith). Their leadership was good.

“We’ll find out how serious Whiteley’s injury is but it doesn’t look too positive.”

The jet-lag they picked up from their recent trip to Argentina was perhaps the reason the Lions started fading in the second half.

After leading 14-6 at the break, however, De Bruin felt they should have taken more of their chances.

“At half-time I thought we had played well tactically,” he said.

“We knew they would come at us after what happened at Loftus Versfeld (the previous week) and we were ready, but congratulations to Robbie (Fleck, Stormers coach) and his team for fighting right up to the 85th minute, and for surviving that Malcolm Marx steal at the end.”

The Lions did not trail until the 85th minute of the game, when a try by scrumhalf Herschel Jantjies sealed matters for the home side, but a legitimate steal by Marx was overlooked by referee Egon Seconds and his assistants despite protests from the Lions players.

“You are not allowed to say something about the ref. You must first fix your own mistakes,” De Bruin said.

“They are human beings like all of us. Egon understands the game, so it would be unfair of me to make comments about his performance.”