The Sharks skipper and his troops have more pressing matters to deal with at Loftus. 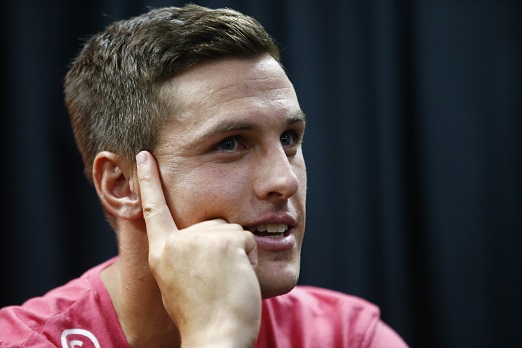 There’s probably a good reason why Louis Schreuder isn’t indulging much in the hype of his 100th Super Rugby cap when the Sharks travel to Loftus to take on the Bulls on Saturday.

While the 28-year-old scrumhalf’s achievement is an indication of his value, those caps have been spread between Durbanites, Stormers and Kings.

And, as hard as that’s to swallow, a 100th cap reached in such a manner doesn’t quite carry the same majesty as a century for one franchise.

Given the perception of divided loyalty, Schreuder – as Sharks skipper – shifted all the focus to his teammates.

“I think this milestone is exciting for me. I haven’t given it much thought yet but it’s not about myself,” he said.

“It’s about the team and how they perform. The milestone will definitely take a back seat this weekend.”

Indeed, the Sharks’ good start to the season was dealt a reality check last weekend with a clumsy loss to the Stormers, rendering the trek to Pretoria hugely important in terms of the side renewing its credentials as an evolved team.

“It’s not up to me for motivation for this weekend because if you’re not motivated yourself‚ then you’re in the wrong profession‚ especially after the loss against the Stormers.”