The gifted 20-year-old, who made his Super Rugby debut last weekend to much acclaim, certainly isn't your average rugger-bugger. 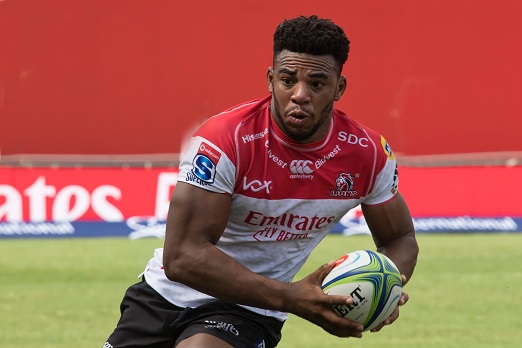 Vincent Tshituka of the Lions during the Super Rugby match between Emirates Lions and Jaguares at Emirates Airline Park on March 09, 2019 in Johannesburg, South Africa. (Photo by Wessel Oosthuizen/Gallo Images)

20-year-old Vince Tshituka announced himself to the broader rugby public with a composed performance on his Super Rugby debut against the Jaguares last week.

The gangly blindside flanker made some typically useful attacking contributions, but really impressed on defence in a game where that wasn’t a priority in particular.

It seems then that he’s set for a few more opportunities.

Here’s what you need to know about him.

More than anything, I want my trademark to be my ability to defend. That’s the aspect I take most pride in when it comes to the game. I hate missing tackles. In general, I’d like to tick all the boxes of a No 7. I personally was very disappointed when we let in those two soft tries in the dying moments of last weekend’s game.

He’s quite the dancer…

I used to do a lot of dancing. In primary school I did ballroom dancing. When I got to high school, I did a lot of hip-hop and danced with a bunch of friends. We participated in quite a few competitions. When I started to concentrate more on my rugby, I stopped. Now, it’s far more casual.

He wasn’t a particularly good wing…

I attended Northcliff High. It’s a great school, probably just not the most visible one when it comes to rugby. I started as a wing, but I wasn’t a very good one. I then moved to flank and lock. One of my fondest memories came in my Under-16 year. I used to hold the ball like a loaf of bread and run with it sideways.

I did that a lot in one game specifically and after the game my coach absolutely lambasted me. He lost his mind. He pulled me aside and said: “Listen, I can’t do this anymore! I can’t handle this! Just run straight. If you get tackled, so what?”

I was so emotional at the time because I thought I’d contributed! (laughs) Ever since I’ve never run sideways on a field again! I tuck the ball under my arm now when I carry. That moment was hard on me, but it helped me so much for the rest of my career.

Honestly, I never looked up to any forwards when I was young. Like I said, I started as a wing. I feel I bring something different, so I don’t try to look up to anyone in particular. I like to focus on my own game. I do though enjoy watching people play, their gifts and weaknesses. I can’t say there’s somebody specific I want to be like.