Kolisi finds his mojo at the perfect time

The Stormers and Springbok skipper can now confidently look to spearhead his franchise's gruelling tour to Australasia. 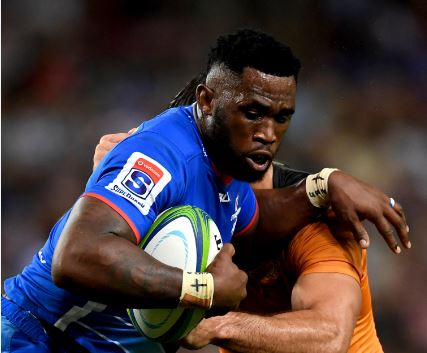 By all accounts, the Stormers won a Test match against the Jaguares at Newlands this weekend given how the Argentinian side is strewn with internationals.

As a result, it also means that Siya Kolisi chose very accomplished opponents to deliver his best performance of the Super Rugby campaign to date.

The Stormers and Springbok captain was indeed superb during the 35-8 victory, delivering an all-action showing where he carried strongly, showed nifty touches in terms of distribution and was typically robust on defence.

A haul of a try, 52 running metres, a clean break, nine tackles and a turnover won proves the point.

With the Capetonians embarking on a gruelling four-week tour of Australasia on Sunday, Kolisi’s upturn in form couldn’t have been timed better.

“This was one of my better games,” he said.

“But I’m not too focused on these type of things. I’m always speaking to my coaches. Whatever I need to do, I’ll do it. It doesn’t matter whether I’m happy with that or not. If I have to clean out rucks all day long, I’ll do it.”

As the first Bok skipper to lead the national side to a win in New Zealand last year since 2009, Kolisi and numerous teammates are well aware what’s required for success on their trip.

But the 27-year-old flanker insists the Stormers won’t be making any assumptions over opponents’ form.

“We honestly don’t look too much at what other teams are doing in terms of winning or losing,” said Kolisi.

“We got smashed in our first game of the season and we’ve been able to turn things around. We’re just going overseas with confidence. If you go with the mindset that it’s going to be a tough tour and elevate opponents to some sort of pedestal, you’re not supporting yourself. We’re just going flat out and playing what’s in front of us.”

Bok lock Eben Etzebeth has been included in the touring party, but will miss the game against the Hurricanes due to concussion.

Kolisi 'proud' of Bok effort, but focus already on better 2022
1 week ago
1 week ago

Kolisi 'proud' of Bok effort, but focus already on better 2022
1 week ago
1 week ago