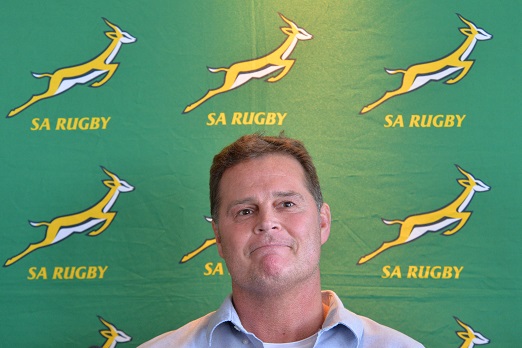 More clarity regarding the burning Springbok captaincy issue is expected to be achieved on Wednesday in Pretoria.

With regular skipper Siya Kolisi’s participation in the Boks’ opening Rugby Championship Test against Australia at Ellis Park on July 20 still in doubt, the Boks could field a new skipper.

National director of rugby and Bok coach Rassie Erasmus will hold his first media conference in Pretoria since naming his training group and is expected to provide some insight in this matter.

While Kolisi is, as yet, not being ruled out, Erasmus is not expected to gamble with his fitness and he’ll be mindful that the mighty All Blacks lie in wait just a week later in Wellington in a rematch of last year’s thriller – won unexpectedly by the Boks by 36-34.

It could also be possible that Erasmus will follow a similar route to last year, when he named flank Pieter-Steph du Toit to captain the side against Wales in Washington, while Kolisi and the rest of the squad stayed behind to start preparing for the first Test against England.

While it has been suggested that Erasmus could play with two teams against Australia and New Zealand, with the group for the All Black Test being sent over earlier, it could depend on the injury situation. Erasmus also wouldn’t want to start the World Cup season with a weakened side and a defeat against Australia.

The problem is that Etzebeth and Du Toit are recovering from injuries, which kept them out of the end of the Stormers’ super Rugby campaign. These captaincy possibilities could also form part of the squad he may want to send to New Zealand a bit earlier, which means somebody like veteran flank Francois Louw could emerge as a possible leader.

Play well in URC and Bok door will open, says coach Nienaber
58 mins ago
58 mins ago

Play well in URC and Bok door will open, says coach Nienaber
58 mins ago
58 mins ago