But the Blitzboks are taking the late disruption in their stride. 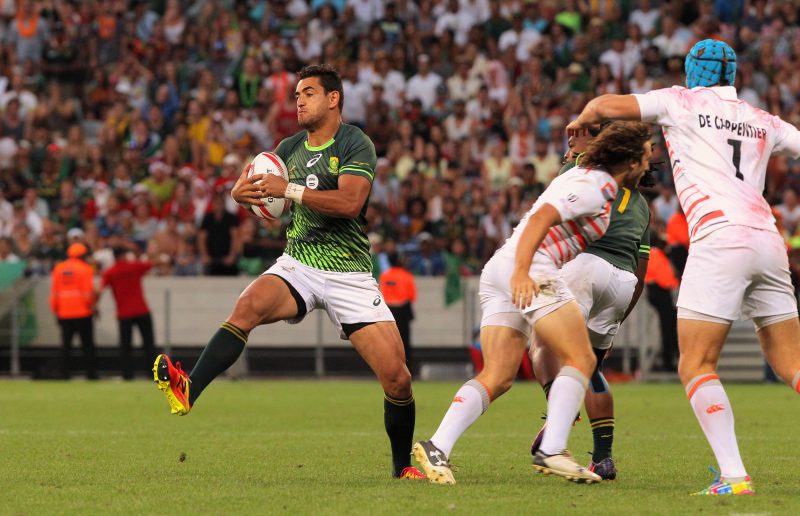 An ankle injury to Springbok Sevens forward Impi Visser has ruled him out of the Los Angeles Sevens in Carson this weekend and he will be replaced by the experienced Chris Dry .

Visser sustained the injury on Thursday and Dry was called into the squad earlier on Friday.

Dry, who is the most capped South African forward in the World Rugby Sevens Series (72 tournaments and 363 matches), said the trip came unexpected, but he is ready to go.

“Look, it is never nice to replace a fallen brother, but these things happen,” said Dry.

“It is a long haul to get to Los Angeles, but I have done many trips in my life and this will be a mental adjustment, something I am comfortable to do.

“My heart goes out for Impi and I wish him a speedy recovery. For me, this is just another great opportunity to play with my friends and fellow Blitzboks.”

Dry – along with Zain Davids and Justin Geduld – was originally rested for the tournament in North America, but will now see action in his eighth trip to the USA.

Springbok Sevens coach Neil Powell took the injury in his stride: “Injuries are part and parcel of the game and can happen at any time. I feel for Impi, he was playing great rugby. Luckily for us, Chris is ready to step-in.”

Powell had his mind on the Pool B clashes against Kenya, Canada and Ireland.

“We are looking from some consistency at the start and will most likely have a starting line-up here that is similar to the one in Sydney,”

Powell said. “Kenya will be up as they beat us in Hamilton and will believe they can do so again. We have some momentum though having played a great tournament in Sydney.

“Kenya will be physical and have two stalwarts back in their team, so they will be tough. We will need to outsmart them.

“Canada have shown they can beat the big dogs this year and does not have the nine time zones to contend with like we do. Ireland plays a similar style to us and ball possession against them will the key factor,” the coach added.

Powell was pleased with the preparation: “This late injury aside, it has been a good week. Any new venue offers some challenges, but nothing major and we go into the tournament well-prepared.

“These two tournaments have become very important for us, especially with the two in Asia that have now been moved to a later date.

“We would love to do as well as possible, but it also becomes a matter of giving some of the fringe players as much game time as possible as we have lost those opportunities in Hong Kong and Singapore. Nothing can replace the intensity of a real tournament, so managing the players in the next two tournaments will be key.”