Those pesky Crusaders do it again as the Bulls and Sharks rise above South Africa's mediocrity. 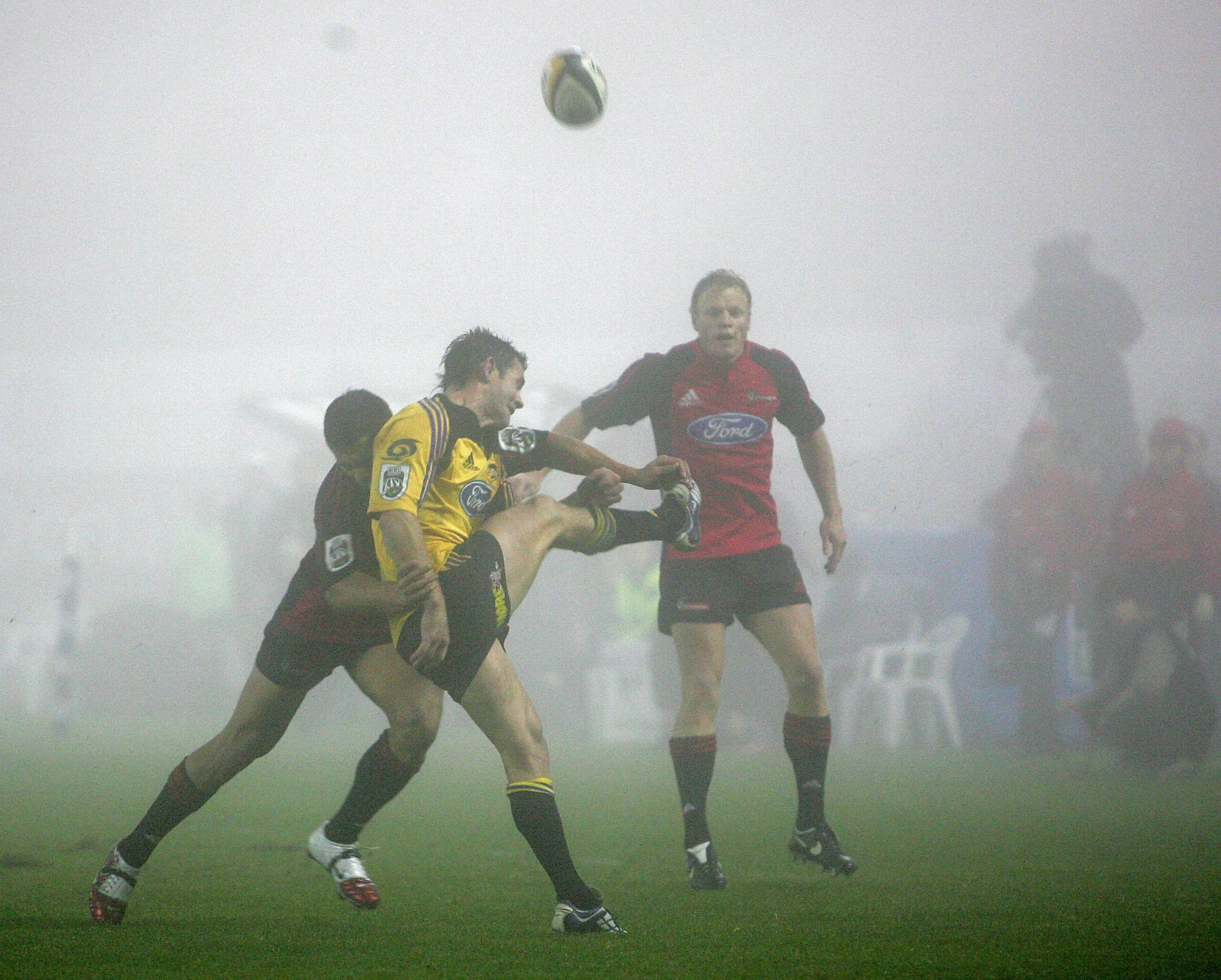 Super Rugby’s new 14-team format in 2006 had no bearing on the Crusaders’ iron-grip on the tournament as they ushered in the era with a sixth title.

Familiarly formidable under coach Robbie Deans, the men from Christchurch were a class apart, losing just once to the Stormers at Newlands – when they fielded a B-team – and also, ironically, drawing against Aussie newcomers the Force, who were hapless in general.

They were joined by fellow countrymen the Hurricanes in a bizarre final that still lives on in memory.

The 19-12 result was a fair reflection of how dodgy the quality of rugby was, but both teams could point to the mitigating factor that Jade Stadium was blanketed by thick fog throughout.

It was a wonder the game was completed as viewers almost had no idea what was going on, with the players constantly disappearing, making it difficult to actually determine the direction of play.

South Africa had two representatives in the shake-up for the playoffs in the Bulls and Sharks.

But it was Heyeke Meyer’s charges from Loftus who squeezed the Durbanites out of contention with a sensational 43-10 win over the Stormers in Cape Town, memorable for the fact that the Bulls went into the game needing to win by 32 points … something they did with a point to spare.

However, that both teams were still in with a chance was down to the Brumbies losing 3-33 in Christchurch, an agonising defeat given that the Australians only needed a point to reach the playoffs.

In general, the year’s tournament suffered in terms of quality as SA and Australia’s talent was spread more thin due to the increase in teams.

How the SA campaign unfolded… 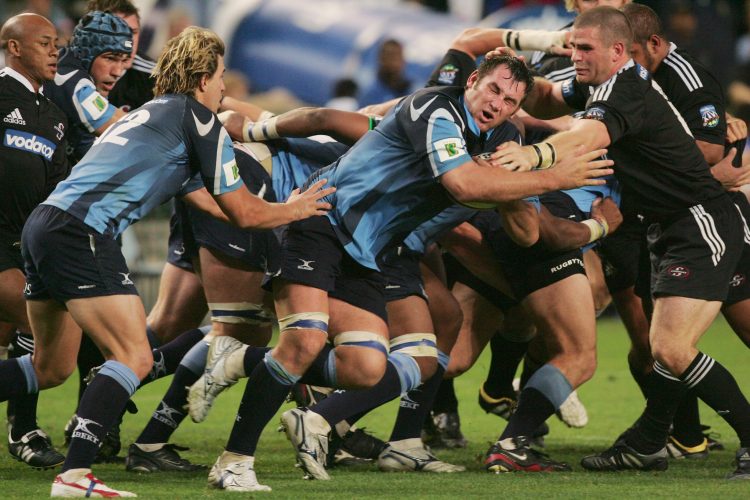 Pedrie Wannenburg stopped by Luke Watson during the Super 14 match between the Vodacom Stormers and Vodacom Bulls at Newlands in Cape Town, South Africa.
Photo by Tertius Pickard / Gallo Images

Meyer’s troops were dogged by a particularly frustrating brand of inconsistency.

They only claimed back-to-back victories twice in the whole campaign, but funnily enough never lost two in a row.

A home semifinal was eminently possible if they could’ve reversed a 21-27 loss to the Brumbies and 23-26 reverse to the Hurricanes at home, while they threw away a rare overseas win in drawing 26-all with the Chiefs.

By the time the semifinals approached, it was the Sharks that looked in better shape, but the unwavering faith of Meyer’s mature crop of leaders saw them achieve their daunting winning margin target at Newlands.

That effort though seemed to knock the stuffing out of them when they travelled to New Zealand the next week and lost their semi 15-35 to the Crusaders. 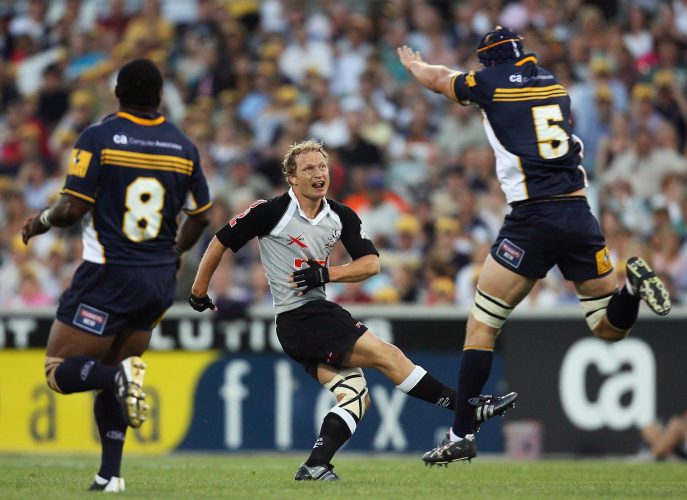 Tony Brown of the Sharks kicks a field goal during the round five Super 14 match between the Brumbies and the Sharks played at Canberra Stadium on March 11, 2006 in Canberra, Australia. (Photo by Mark Nolan/Getty Images)

When the Sharks returned from their Australasian trip, they had a record reading five losses from seven starts.

It was undeniable that the tournament’s new format, which meant one had to spend five weeks on tour some years, played a part, but what proved encouraging is how competitive the Durbanites were.

The Crusaders required a drop goal at the death from Dan Carter to win 20-22, while a harsh yellow card derailed them in Canberra, where they blew a 21-6 lead to lose 30-35. At least a 26-11 win in Dunedin brought solace.

However, the tour proved instrumental in Muir’s plan to invest in a gifted set of youngsters – Brad Barritt, JP Pietersen, Craig Burden, Keegan Daniel and Waylon Murray – as they grew immeasurably as the season progressed.

That process was also helped by various experienced campaigners finding form, while evergreen All Black flyhalf Tony Brown proved a superb mentor for the backs.

As a result, the Sharks won five of their last six matches, yet were left to rue conceding two late tries against the Force in the final round, which opened the door for the Bulls. 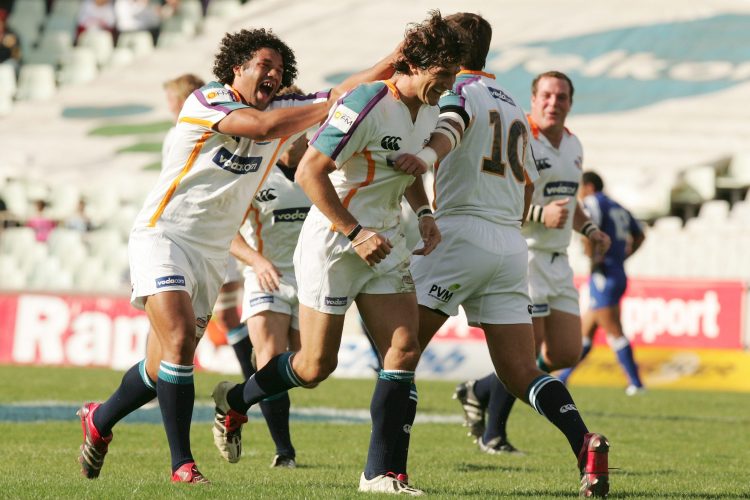 Gaffie du Toit celebrates his drop-kick with Bevin Fortuin during the Super 14 match between the Vodacom Cheetahs and Blues at Vodacom Park in Bloemfontein, South Africa.
Photo by Duif du Toit / Gallo Images

At 33, Rassie Erasmus already showcased his special coaching talent, finding ways to get a committed if mediocre group of players to perform above expectations.

10th was hardly a bad finish for a franchise that had to wait a decade to get a taste of Super Rugby action again and it could’ve been far better.

They lost by one point to the Chiefs and the Blues, two to the Force in a tepid Kimberley encounter and by five against the Highlanders, results that could’ve comfortably put them in semifinal contention.

However, the general feeling was that the Cheetahs probably banked more on their unknown factor than truly possessing a classy squad, particularly once captain Juan Smith, their one world-class talent along with Os du Randt, became injured. 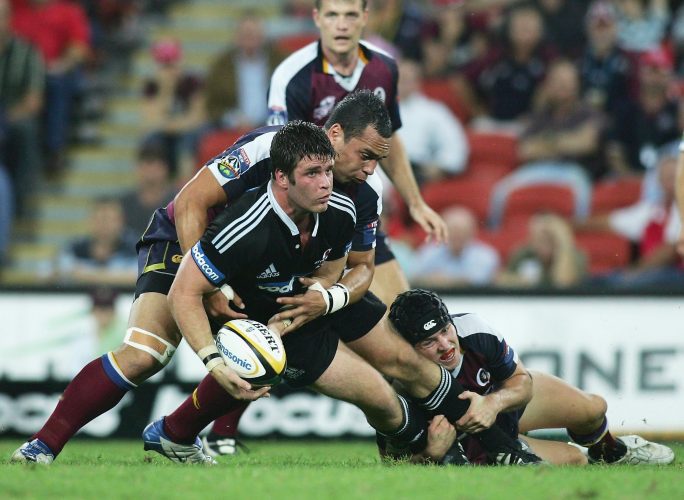 Luke Watson of the Stormers looks to get a pass away while being tackled during the round 11 Super 14 match between the Queensland Reds and the Stormers at Suncorp Stadium April 21, 2006 in Brisbane, Australia. (Photo by Jonathan Wood/Getty Images)

The Capetonians were hapless for the second year in a row, again paralysed by a complacent group of Springboks who showed little willingness to perform because they had the safety net of national contracts under Jake White.

Typically, the situation behind-the-scenes was hardly ideal too, with director of rugby Nick Mallett being accused of being too hands-on and not trusting his head coach, Kobus van der Merwe, enough, especially in light of Mallett’s job description being more administrative.

To his credit, Mallett admitted his involvement meant that communication with the players was poor and pledged to take a few steps back.

But the damage had been done.

The Stormers lost five of their seven home matches – drawing one as well – leaving them with the impossible task of having to somehow make up points away.

That didn’t happen as the finished 11th. 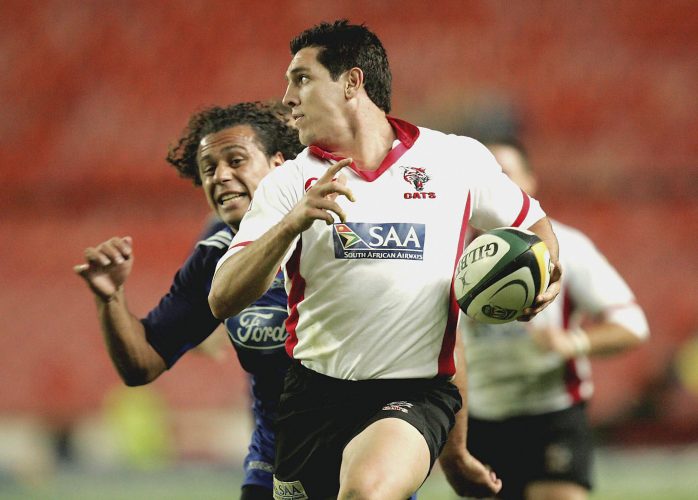 Jaque Fourie runs in for his third try during the Super 14 match between the Cats and Blues at Ellis Park Stadium on May 6, 2006 in Johannesburg, South Africa. (Photo by Touchline/Getty Images)

Business as usual would’ve prevailed at Ellis Park had the Cats not scored an injury time try to draw 34-all with the Force, which, allied with a win the next week against the Blues, meant at least they wouldn’t finish stone last.

Yet there was little else to enthuse about as coach Frans Ludeke frantically searched for ways to stop the bleeding.

It didn’t help that the team took three rounds to score a try and only crossed the whitewash three times for the first time by round 11.

At the conclusion of the campaign, it was mercifully decided to ditch the Cats brand and revert back to the Lions, especially with the Cheetahs now on their own.