"It’s a tough one because we know we have to go (to play in the Rugby Championship in Australia), but we just don’t know how it’s going to be possible." 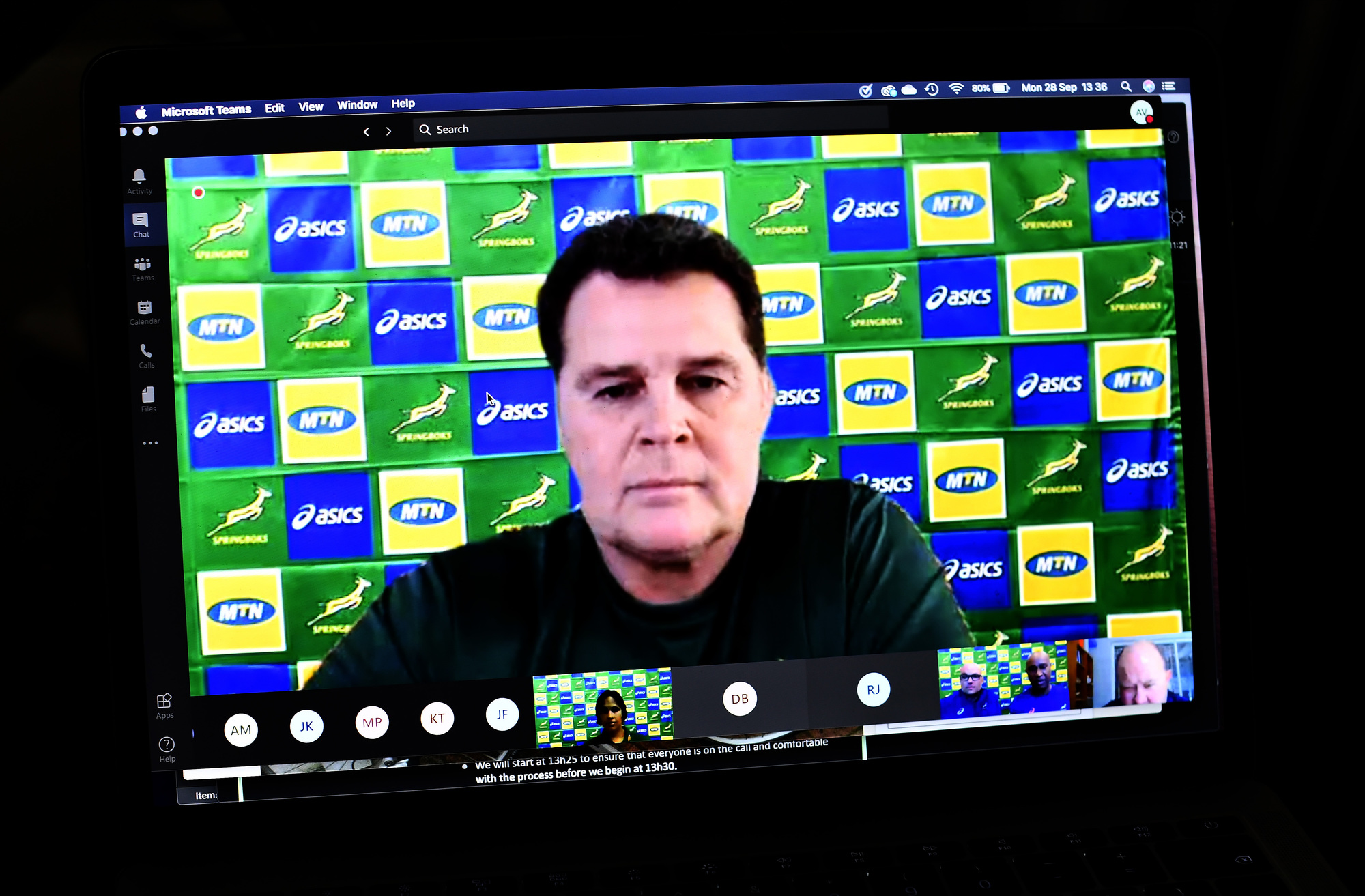 SA Rugby director of rugby, Rassie Erasmus speaks to the media during the Team Commissioners virtual media conference on Monday ahead of this weekend's Springbok Showdown in Cape Town. Picture: Getty Images

South Africa’s Rugby Championship participation is obviously dependent on government approval, but player welfare is also a major concern for Director of Rugby Rassie Erasmus and his personal opinion is that the Springboks are going to be underdone in terms of game time.

South Africa’s opening Rugby Championship game is against Argentina on November 7 and they have to arrive in Australia by October 18 in order to quarantine for two weeks, but that means the members of the Springbok squad that are based in South Africa will only have a maximum of 240 minutes under their belts – SuperFan Saturday, this weekend’s Green v Gold match and the opening round of Super Rugby Unlocked.

“We desperately want to play because it would be terrible to have a year with no Test rugby. But we’ve had no clear answer from the English clubs about their semi-finals and final, we have to take a massive squad because you need four players in each key position and we all have to arrive at the same time because of two weeks quarantine, during which we can practise together,” said Erasmus who, for health reasons, has decided to work remotely and will not be with Team Gold during the build up to the Castle Lager Springbok Showdown, nor at the match on Saturday.

Due to a pre-existing health condition Erasmus has opted to stay away from any Bok matters this week in Cape Town in an effort to minimise his risk during the Covid 19 pandemic. Erasmus was diagnosed in 2018 with a rare condition that causes inflammation of the blood vessels including in the throat and lungs, which increases vulnerability to the impact of a potential Covid infection.

The condition is managed but until all risk is eliminated, Erasmus will continue to work remotely.

“The science tells us that the players need five or six games, 400-500 minutes, before playing Test rugby is safe because of the injury risk and player welfare,” said Erasmus. “It’s a tough one because we know we have to go, but we just don’t know how it’s going to be possible. And we don’t have much time to sort it out, the decisions all have to be done by October 10. It’s a matter of high performance and player welfare, we want to be competitive but 240 minutes is the most our players will have.”

It’s fortunate that the players don’t have to be isolated in their hotel rooms, stuck on their cellular phones and gaming devices, for their two-week isolation, but even playing intra-squad matches between themselves is fraught with risk.

“We’ll be lucky if most of them have more than 200 minutes game time when we arrive in Australia, but we can probably still play against each other, a 46-man squad means we have two teams of 23. So if we play twice then that adds another 160 minutes, takes us to 360, which is nearly there. And there may be more intensity than usual because the guys will be playing for spots.

“But then there’s also the risk of more injuries. And it’s not just your 15 players that you are worried about, it could be any of 30 guys on the field at any given time. Plus all 46 of the squad have played less than 200 minutes and have been under strict Lockdown, the toughest in the world. So there are a lot of problems with that as well! But ultimately the decision will be made for us,” Erasmus said.