Steyn’s kicking masterclass one of the Currie Cup highlights

The big centre may not be involved in the semi-finals, but his 25 successful kicks in a row made him a valuable team man for the Cheetahs. 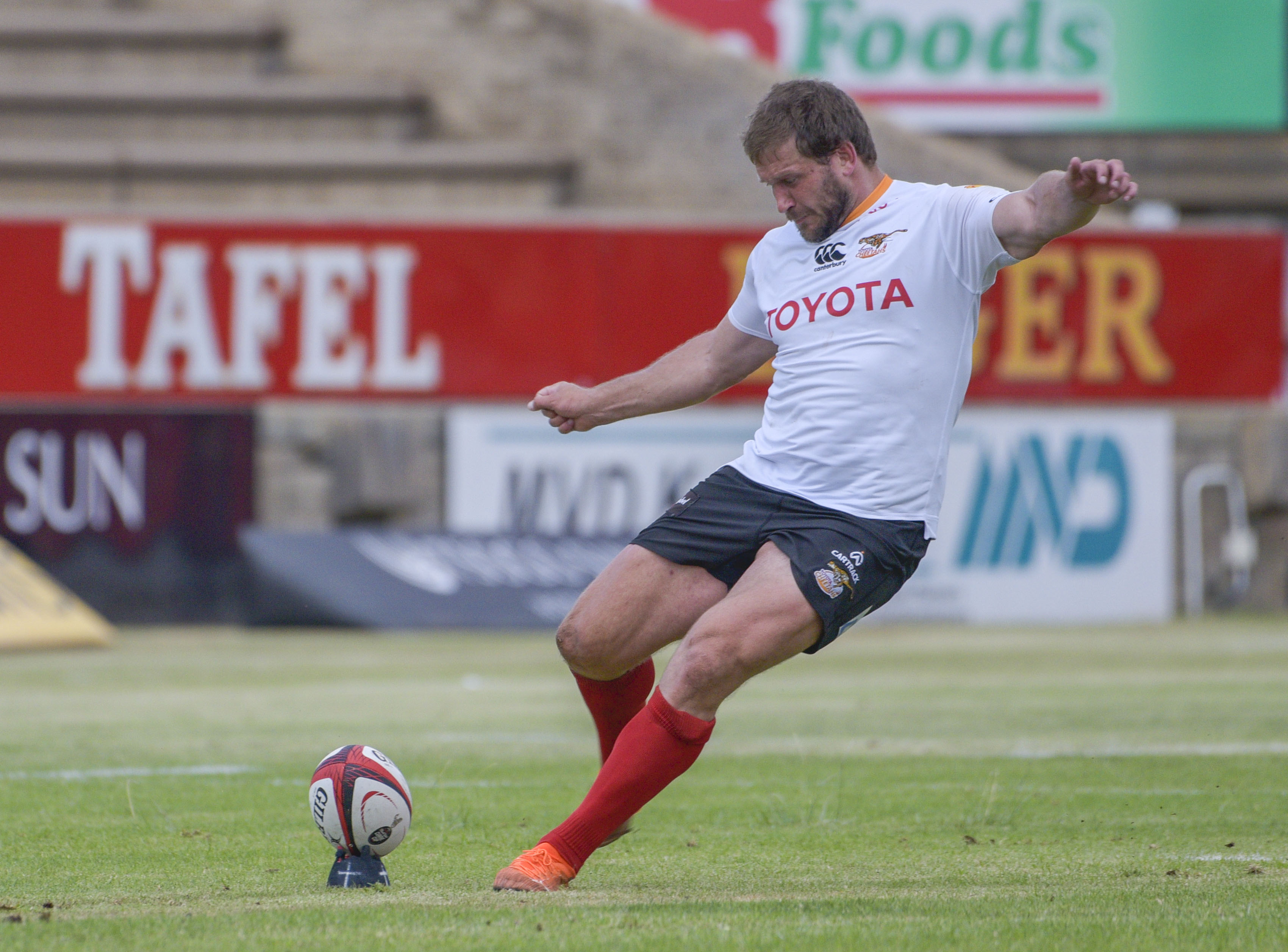 Cheetahs centre Frans Steyn was on song with the boot during the Currie Cup campaign. Picture: Getty Images

Frans Steyn may be a little older now, but he still possesses one of the sharpest minds in the game and one the biggest boots in rugby and was one of his team’s unsung stars in the recent Currie Cup campaign.

The Cheetahs may have missed out on a place in the last four of the competition (they finished fifth) but Steyn joining the Bloemfontein-based team from the start of the Super Rugby Unlocked competition was well worth the investment by the Cheetahs.

With several players opting out of the Cheetahs because of uncertainty about the team’s future (they will no longer play in ProRugby) Steyn was the glue in the backline that kept everything together.

And when his big mate, and Cheetahs captain and goal-kicker, Ruan Pienaar, got injured and was ruled out for the Currie Cup campaign, Steyn stepped up and took charge of the backs – and the goal-kicking duties, and what a job he did.

When the Cheetahs’ Currie Cup campaign ended at the weekend with a hard-fought win against Griquas, Steyn had kicked 25 goals in a row.

Overall, since taking over the kicking responsibilities (from Pienaar and former No 10 Tian Schoeman) he knocked over 27 from 28 attempts.

The last time he missed a kick at goal was the first attempt of six against the Pumas in Nelspruit on December 18. The Cheetahs edged that game 35-31, Steyn missing his first penalty attempt, but he slotted all five conversions thereafter.

The week before – in the 23-39 loss to the Lions in Bloemfontein – he slotted two from two; the start of his incredible run of good kicking form.

It has been a quite stunning – and influential – return to South African rugby for the 33-year-old, but where he and his team-mates will turn out next no one knows. After being kicked out of ProRugby it’s a waiting game for the Cheetahs.