Whiteley feels discipline could be the deciding factor on who controls the pace of the game and who dominates the territory battle. 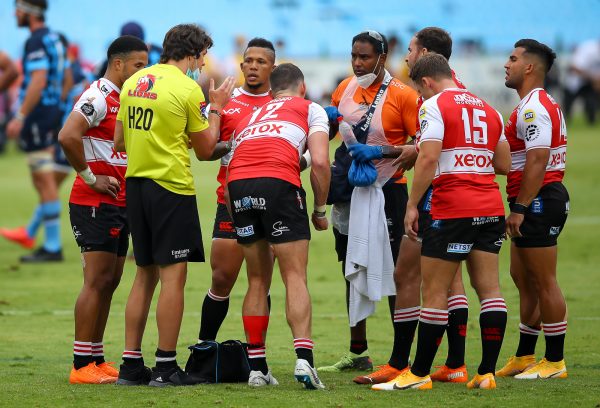 Warren Whiteley addresses players during the Lions' round robin match against the Bulls earlier in the Currie Cup campaign. Picture: Gordon Arons/Gallo Images

Whiteley has downplayed the visiting team’s underdog tag ahead of the clash at Loftus on Saturday, insisting the narrow margins of defeat in their two previous losses (30-25 and 22-15) against the Bulls had showed how close the teams had been this season.

“The last two encounters were really close games between the two sides,” said the former Springbok and Lions captain.

Whiteley felt discipline could be the deciding factor on who controlled the pace of the game and who could dominate the territory battle.

“We know we have to focus on our discipline because that will bring them back into the game and then they will be able to dictate the pace of the game,” Whiteley said.

“In a semifinal that will be crucial, but if we can be disciplined then we can dictate play.”

The Lions were viewed as outsiders in an attempt to qualify for the final, and while Whiteley said it hadn’t come up in their team talks, they were bracing for a strong challenge.

“The Bulls are a fantastic side and they have showed that throughout the competition,” he said.

“They have a great pack of forwards and have exciting backs, and they really challenge you as a team.”

The Bulls have a seven-match unbeaten run at Loftus under coach Jake White and will want to make the most of hosting their first Currie Cup semifinal at Loftus since 2016 when they beat Western Province 36-30.

“Playing at Loftus is a special occasion and it’s a wonderful place to play rugby, and everyone is especially looking forward to be playing there,” Whiteley said.

“By playing in a playoff game, you give yourself an opportunity, and that’s what we have this weekend.”

The Lions’ focus over the last two weeks had really been on themselves, however, and areas where they could improve.

“We feel we have steadily improved throughout the competition and of course this is a fantastic opportunity for us, so we want to do our basics right and minimise our errors,” Whiteley said.