Who will come out on top in this weekend's grand final at Loftus Versfeld - the Bulls or the Sharks? Find out here what the veteran scrumhalf thinks. 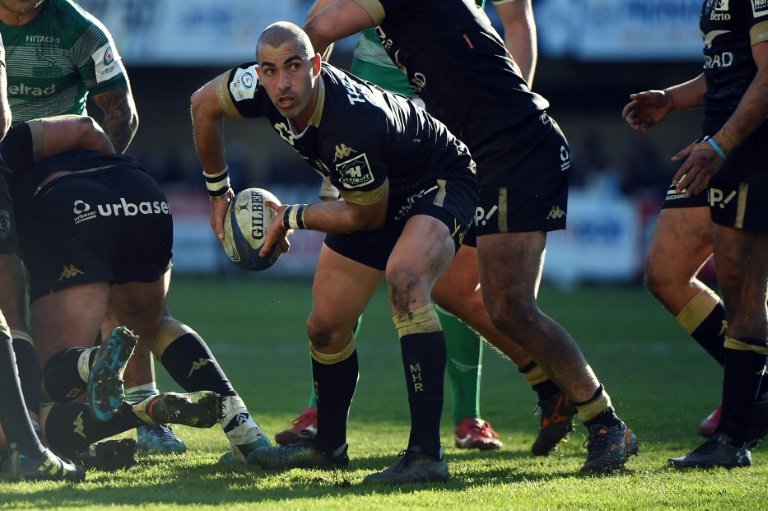 Ruan Pienaar, formerly of the Sharks, believes the Bulls might hold more trump cards in this weekend's Currie Cup final against the Sharks. Picture: AFP

One of the Sharks’ big heroes the last time they faced the Bulls in a Currie Cup final, scrumhalf Ruan Pienaar, believes the Bulls hold most of the trump cards in this weekend’s Loftus showpiece.

Pienaar, who scored one of the two tries when the Sharks beat the Bulls 14-9 in the 2008 final in Durban, however said the Sharks should not be completely written off.

“Obviously with my history at the Sharks and the time I spent there it would be great to see a Sharks win, but I think the Bulls will be tough to beat at Loftus,” said Pienaar.

“They have been fairly dominant in the Currie Cup,” he added.

Pienaar was just six years old when the former Natal won the Currie Cup for the first time, shocking Northern Transvaal in the 1990 final, but he believed the two teams had built a firm rivalry since then.

“Any game between the Bulls and the Sharks is a big event,” said Pienaar, who returned to the Cheetahs two years ago after spending many years playing overseas.

“They are two teams who have been dominant the last 20 years, probably along with the Cheetahs in the Currie Cup,” he added.

Pienaar played 99 games for the Durban-based side in Super Rugby and the Currie Cup between 2004 and 2010, and said the Sharks, as outsiders, would have less pressure on them.

“It’ll be a good contest but I think it’s difficult to look past the fact that it is a home final for the Bulls and the first time in 11 or 12 years,” said Pienaar. “The Bulls will put a lot of pressure on themselves to perform to make sure they lift the trophy.”

The Bulls can expect a strong kicking game from the Sharks and Bulls coach Jake White even remarked earlier in the campaign that the only time the Sharks will run is when “they come out of the tunnel”.

“Like any final, anything can happen, but the Bulls might have the upper hand with key players in vital positions, guys with experience like Morne Steyn and Duane Vermeulen, and guys who have been involved in games like this before,” said Pienaar.

“I don’t think one can discard the Sharks though and I’m looking forward to seeing how it plays out.”