"Some days it simply just doesn’t happen for you, so I don’t think one can determine whether a player has BMT or not by judging him on one game." 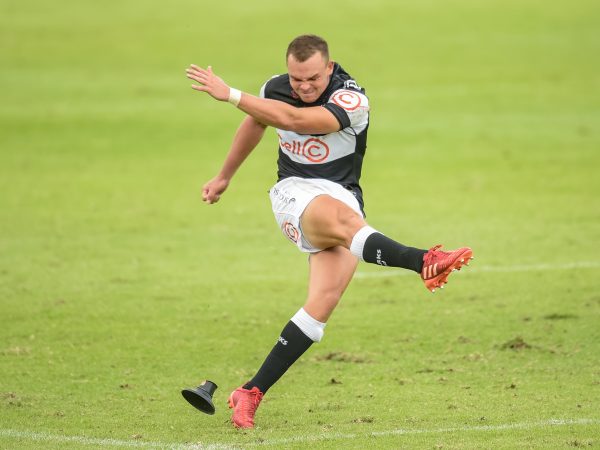 Sharks flyhalf Curwin Bosch cut a lonely figure just moments after the Currie Cup final against the Bulls at Loftus last week. He was almost inconsolable.

Bosch, who has played two Tests for the Springboks, had just missed five penalty goals and two drop goals which could have won the Sharks the Currie Cup title. Instead, a second try by Bulls flank Arno Botha in extra time gave the hosts a 26-19 win.

In some circles, Bosch’s big match temperament (BMT) has been questioned, despite ending as the top points scorer in the Currie Cup with 84 points.

“We can also bring up the subject of BMT when Curwin kicked a last-minute penalty against Griquas at Kimberley (earlier this season) to win the game for the Sharks,” said Pretorius, who also turned out for the Sharks during his career.

“I think he also managed that in a game or two before that.”

“Some days it simply just doesn’t happen for you, so I don’t think one can determine whether a player has BMT or not by judging him on one game,” said Pretorius.

Bosch did kick 14 points in the final, succeeding with four penalties and a conversion, while the Sharks twice opted to go for a corner kick in the last 10 minutes when an easy penalty could have secured the trophy.

“Kickers can go from hero to zero in one game, but this game is all about pressure and being played by 15 players who have 80 minutes to determine the outcome,” Eloff said.

“Kickers are often being put in a position with a lot of pressure but it is a team sport and one player can never take the blame for a result.”