Van Rooyen feels the Lions have a chance this week to prepare for their upcoming European campaign, where they expect to face a more ball-in-play scenario. 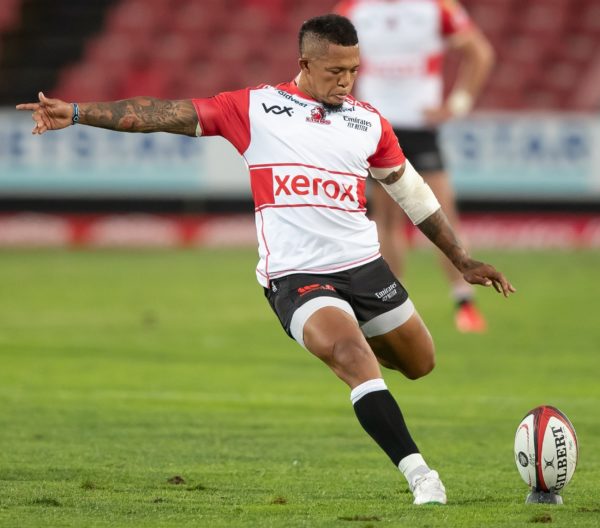 Lions captain Elton Jantjies is back for the Lions this weekend. Picture: Gallo Images

Lions coach Cash van Rooyen has called on most of his squad’s heavy artillery for their Preparation Series match against the Sharks at Ellis Park on Saturday.

Flyhalf Elton Jantjies is back as captain, taking over from lock Reinhard Nothnagel who reverts to the bench, while Tiaan Swanepoel has been moved back to fullback.

As part of his trial period with the team, former Sharks and Cheetahs flyhalf Fred Zeilinga has been included on the bench.

“We had a good period with the senior group in terms of preparation and pre-season,” said Van Rooyen.

“We felt that to only play them against the Stormers is too little game time, and with the other squad having played the first two games, we feel we can select a good squad for the next competition.”

Van Rooyen felt the Lions had a chance this week to prepare for their upcoming European campaign, where they expected to face a more ball-in-play scenario.

“They don’t necessarily kick it out to get set-piece, they kick it in-field to contest. It’s very similar to the Sharks’ philosophy,” he said.

“The Sharks want to put you under pressure in all areas, especially through their kicking, so it’s a good test for us to field their kicks, while they also have a good set-piece.”

Swanepoel is joined at the back by familiar faces like wing Courtnall Skosan and centres Burger Odendaal and Wandisile Simelane, while one of the new faces who has been retained is electric right wing Ngia Selengbe.

“It was exciting for Wandi to be rewarded recently and if the team does well the individuals can stand out,” said Van Rooyen.

“He is training really well and there are one or two things we are working on that could take him to the next level.”

There is, however, no sign of Morne van den Berg as Andre Warner has been named as the starting scrumhalf, while the experienced Ross Cronje will be acting as cover on the bench.

Up front the old firm of props Ruan Dreyer and Carlu Sadi are back, along with lock Willem Alberts and flank Vincent Tshituka.

“Ruan has always been an option for us at loosehead, and with Dylan Smith gone and with Sti Sithole not ready yet, we are excited to see Ruan back in the No 1 jersey,” said Van Rooyen.

With other flankers such as Jaco Kriel, Roelof Smit and the promising Mark Snyman on the injury list, MJ Pelser is back at openside, with No 8 Francke Horn named at No 8 ahead of Len Massyn.