Stormers captain Steven Kitshoff has predicted a battle of attrition with no quarters given against the Sharks this weekend. 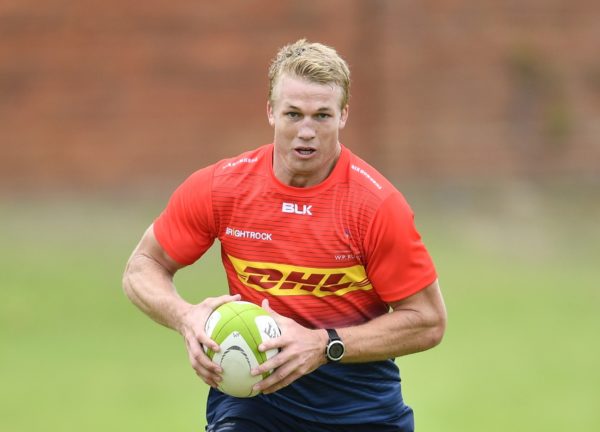 “If anything, I believe Pieter-Steph’s return is long overdue as he hasn’t played since February last year after his horrific leg injury,” said Dobson.

“He has been a freak in training and can’t wait to get back, but we also know he will get better every week after being out for so long.”

Lock Marvin Orie will make his Stormers debut at competitive level after joining from the Lions, while Pumas loan player and No 8 Willie Engelbrecht is also set for his first game.

In a big blow, however, lock Salmaan Moerat has been ruled out with injury which could see him spend an extended time on the sidelines.

“Salmaan injured his neck this week and we don’t really know for how long he will be out. It could be a few weeks or even months,” confirmed Dobson.

Bok hooker Bongi Mbonambi, who had been linked with a move to the Sharks, has been named on the bench with fellow Bok Scarra Ntubeni starting.

“Bongi hasn’t yet made a long-term commitment and Scarra did a while ago, but Bongi will get a chance next week,” said Dobson.

“Fact is we have two Bok hookers here and they are pushing each other hard and Scarra has just been great in training.”

Stormers captain Steven Kitshoff predicted a battle of attrition with no quarters given this weekend.

“We had a big pre-season building up to this Rainbow Cup. The guys showed great attitude in training and we’re raring to go,” the skipper said.

On the bench, scrumhalf Paul de Wet was withdrawn in a late change, being replaced by Godlen Masimla.