Reece on a charge as All Blacks down Fiji

Despite the 47-point margin, there remained questions about the All Blacks, in particular the way they appeared flustered in the opening stanza. 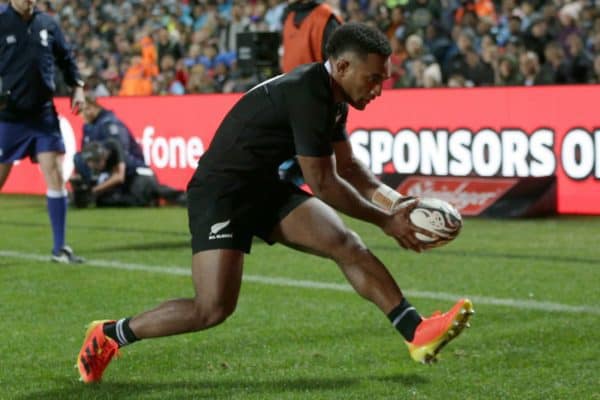 Three tries to left wing Sevu Reece provided the impetus the All Blacks needed to overcome a shaky start and chalk up a 60-13 victory over Fiji in another bruising encounter in Hamilton on Saturday.

The All Blacks, who needed to step up after an unconvincing performance for much of the first Test last week, were clinging to a 7-6 lead after 30 minutes but by the final whistle had outscored Fiji by nine tries to one.

With their bone-crunching tackles and relentless driving forward play, the determined Fijians again rattled the New Zealanders in the opening exchanges until the explosive closing 10 minutes of the first half when the All Blacks rammed home a match-defining 22 points.

Reece revelled in the shift from the right wing to the left — to accommodate Will Jordan in the All Blacks backline — and scored his triple in the first half, with a fourth try before the break coming from Ardie Savea who provided a physical edge on his return from injury.

Savea and Sam Whitelock added steel to the All Blacks pack while inside backs Richie Mo’unga and David Havili kept the attack straight, which were two areas where coach Ian Foster had demanded improvement.

But despite the 47-point margin, there remained questions about the All Blacks and in particular the way they appeared flustered in the opening stanza.

They won a breakdown penalty under the posts and Ben Volavola put the first points on the board.

A succession of penalties helped the All Blacks forge their way to the Fiji 22 where Havili ran a perfect line off lineout ball and put Reece in for his first try — only for Fiji to reply immediately with another Volavola penalty.

Twice the All Blacks turned down kickable penalties in favour of a lineout and twice the ploy failed.

When a third opportunity arose they conceded there was no easy way through the Fijian defence and Mo’unga landed the three-pointer which opened the floodgates.

From the restart, a booming clearing kick from Havili was knocked on by Kini Murimurivalu on the Fiji 22 and from the resulting scrum Mo’unga ran blind, putting Reece over for his second try and the contest was as good as finished.