Cobus Reinach, Kwagga Smith, Aphelele Fassi and Elton Jantjies were probably the only players to have advanced their Springbok cause. 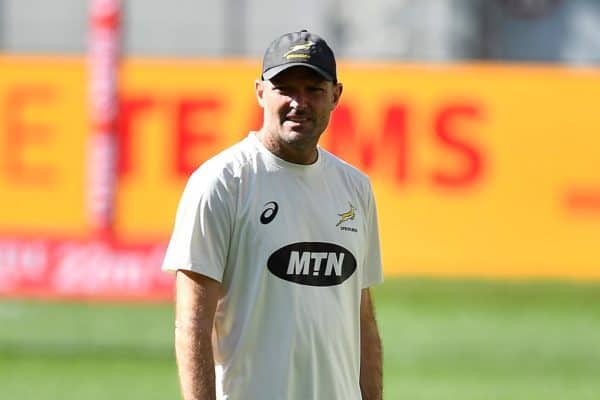 Springbok coach Jacques Nienaber admitted a lack of dominance by the SA A pack in the set-pieces and the gainline battle concerned him after their shock 17-14 defeat at the hands of the Bulls in Cape Town on Saturday.

The Bulls fielded a young pack with only three experienced players in captain and flank Nizaam Carr, prop Jacques van Rooyen and replacement loose forward Arno Botha. But they matched the SA A team blow-for-blow and their lineout dominance was especially damaging to the opposition’s cause.

The Bulls played with great passion and physicality, and Nienaber admitted that they simply wanted to win the match more than his charges. And that is a damning assessment a week away from the first Test.

“Yes, I definitely expected a better performance from the pack, especially better ball from the set-pieces. We didn’t get a proper platform to launch our attacks from,” Nienaber said.

“The Bulls are the best franchise in South Africa and hats off to them. Obviously their desperation levels were through the roof.

“The first fingers point at myself and management because we obviously did things wrong in the build-up.”

ALSO READ: Alun Wyn Jones back in charge of Lions ahead of Bok Tests

The Springbok coach did not want to discuss individual performances, but suffice to say he probably thought his gran could have played with more intensity and fire than some members of the SA A team.

“Any comments I make about individuals will be emotional. Maybe some individuals did well, but it did not come out as a team,” Nienaber said.

“But we got a lot of answers over certain players. We needed questions asked of them under pressure, which is exactly what we wanted, but not the loss. That’s not what we hoped for.”

Scrumhalf Cobus Reinach, eighthman Kwagga Smith, fullack Aphelele Fassi and solid flyhalf Elton Jantjies were probably the only players to have advanced their Springbok cause.