Springboks, Lions set for Test series like none before

Capacity crowds, including thousands of visiting supporters, created a vibrant atmosphere when the Lions lost the Test series 2-1 on their last tour in 2009. 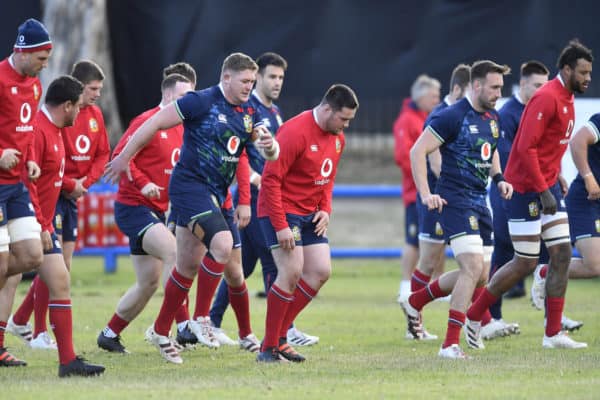 The British and Irish Lions face the Springboks in a three-Test series starting Saturday - a series that will be like no other. Picture: Ashley Vlotman/Gallo Images

Never in the long history of the British and Irish Lions has there been a series that remotely resembles that which starts against South Africa at Cape Town Stadium on Saturday.

What are likely to be three titanic battles between the tourists and the world champion Springboks will be played at the same stadium, stripped of spectators, on consecutive weekends.

The players will emerge from bio-secure bubbles in a country hit hard by the coronavirus pandemic and, more recently, by violent riots that left more than 200 people dead.

They will engage in extreme physical contact for 80 minutes, then return to their sanitised hotel environments.

The absence of spectators will be sorely felt, not least by the custodians of the game’s finances and South Africa’s tourism industry.

Capacity crowds, including thousands of visiting supporters, created a vibrant atmosphere when the Lions lost the Test series 2-1 on their last tour in 2009.

But extraneous factors will be forgotten when Australian referee Nic Berry blows his whistle to start the 2021 series.

Both teams will want to exert early dominance, with the Lions seeking to match the expected physicality of the Springboks and to try to spread the ball wide to tire their opponents.

Defence and territorial advantage will be key factors, with the Springboks expected to employ a tried and tested kicking game to put the tourists under pressure.

The Lions team named by coach Warren Gatland favoured form over reputation, with the exceptions of captain and lock Alun Wyn Jones and inside centre Robbie Henshaw.

Both have yet to play a full game after returning from injury.

In a sport where combinations are crucial, only the halfback pairing of Ali Price and Dan Biggar and centres Henshaw and Elliot Daly have played together since the team assembled.

Price and Biggar had 20 minutes in the pre-tour match against Japan on June 26 while Henshaw and Daly shared 57 minutes against the Stormers last Saturday.

Among the Lions forwards, the front row, locks and back row have yet to feature as a unit, nor have the back three of fullback Stuart Hogg and wings Anthony Watson and South Africa-born Duhan van der Merwe.

The Springboks opted for a pack that did duty against Georgia on July 2, while 11 of the starting line-up and five of the replacements played in their World Cup final win against England in November 2019.

Seven of the Lions 23 played for England in the final.

The Georgia match is the only Test the home side have played since the World Cup, with a planned second Test cancelled because of Covid-19.

Seven of the Springboks had to spend time in isolation, including captain and flanker Siya Kolisi.

Gatland believes the Springboks may be “underdone” and that the Lions “dented their ego” by dominating the forward exchanges despite being beaten 17-13 on July 14 by a South Africa A team featuring 13 of the Test squad.

Both Gatland and Springbok coach Jacques Nienaber have emphasised the importance of replacements with each having a 5-3 forwards/backs split.

Nienaber said he might have opted for 6-2 as in the World Cup final, but wanted insurance among the backs because of the possible lingering effects of Covid isolation.

Gatland also named a strong bench, with experienced players able to provide or maintain momentum in the second half.

The history of Springbok-Lions encounters suggests a close game with a crucial mistake or inspired moment of opportunism likely to decide the outcome.