The Boks have done enough talking; it’s time to deliver on the field

Following a week of controversy and plenty of discussion and debate, the Boks and Lions face off in the second Test in Cape Town. 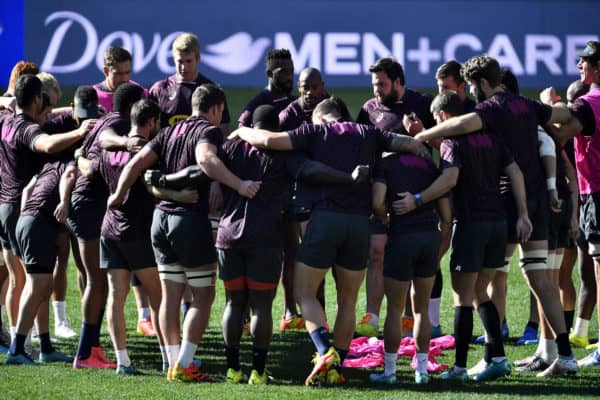 The Springboks have it all to do to square the three-match series against the British and Irish Lions in Cape Town on Saturday. Picture: Ashley Vlotman/Gallo Images

There’s been enough talking. It’s time to play some rugby.

And the Springboks will need to play their best in the second Test against the British and Irish Lions at Cape Town Stadium today.

A series is on the line and should the Boks come up short they will hand Warren Gatland’s tourists a 2-0 lead with one Test to play.

What a build-up it has been to this Test.

If the moaning and groaning about a few 50/50 calls from the first Test loss wasn’t enough, SA Rugby’s director Rassie Erasmus took it to a whole new level with the release of a video pointing out several mistakes made by the officials last Saturday.

The video has upset many people in the rugby world, with even the Australian Rugby Union voicing their disappointment, while anyone who knows anything about rugby has had a field day on all the different social media platforms.

While it is true Erasmus makes some good points in his hour-long video and World Rugby could certainly look into the standard of officiating the world over, the reality is there are many grey areas in the game and much of refereeing comes down to interpretation, guess work and gut feel.

Some (probably all Lions fans and the rest of the world) will say Erasmus and his charges are sore losers; South Africans will say they’ve been done in – again.

One can only wonder whether Erasmus would have made the video and released it if the Boks had won. We’ll never know.

What we do know is that New Zealander Ben O’Keeffe will be the most watched man in today’s Test.

Rugby fans will scrutinise every decision he makes, they’ll point out every mistake and error made and if he didn’t know before the series started that his appointment to handle the second Test was massive, he knows now this is the biggest day of his career – the last few days have made sure of that.

But let’s not forget there are 80 minutes of rugby to be played by the Boks and Lions.

Bok coach Jacques Nienaber has made a few strategic changes to his side and he’ll hope the front rows – that is the starters and the men coming on from the bench – lay a solid platform for the full duration of the game.

Nienaber will also hope that rookie No 8 Jasper Wiese comes good as kick receiver and gain-line carrier, and he’ll be eager to see his players go the full distance at the same tempo and intensity with which they’re sure to start.

One of the Boks’ biggest weapons, Cheslin Kolbe, was smartly “taken out” of the game by the Lions last week and he again faces a big test. How will he respond?

It’s certainly been a build-up to a Test like no other, but hopefully when the whistle goes, the Boks and Lions produce a match to remember – without incident.

Who am I kidding? There will again be plenty to dissect – with Erasmus around that’s guaranteed.