The big No 8 is back in business after recovering from injury and could play in the third Lions Test. 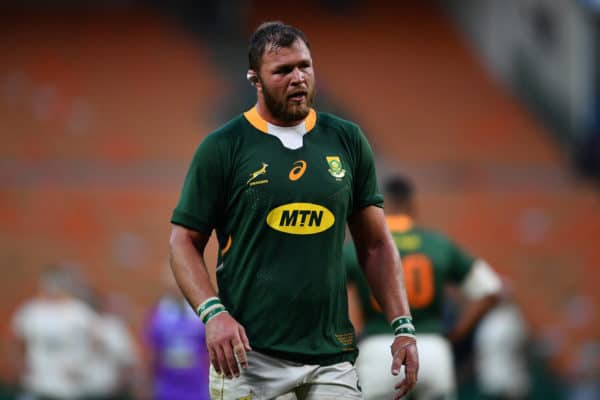 Duane Vermeulen of the Springboks is back in business after recovering from injury. Picture: Ashley Vlotman/Gallo Images

Rugby World Cup final man of the match Duane Vermeulen will join the Springbok team at their Cape Town base on Sunday after missing the opening two Tests against the British & Irish Lions due to an ankle injury.

Vermeulen, who reported for duty briefly at the team’s training camp in Bloemfontein in June, has been undergoing rehabilitation following surgery several weeks ago.

However, his progress has proved to be sufficient for Vermeulen to be called up to the squad that levelled the Lions Series one-all with a quality 27-9 win on Saturday.

“Duane will join us on Sunday and will be medically assessed as soon as possible,” said Springbok coach Jacques Nienaber.

“We will never risk a player who is not 100% fit but he brings experience to the squad and it will be great to have him with us.”

Nienaber added that the Boks will know more about flanker and 2019 World Rugby Player of the Year Pieter-Steph du Toit’s injury on Monday.

Du Toit left the field in the first half on Saturday with a shoulder injury.