The Springbok coaching team have largely backed the same players who went down to the Australians last Sunday. 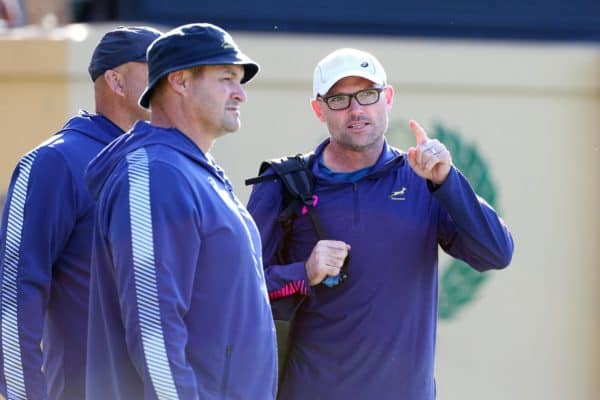 Springbok coach Jacques Nienaber said it was important to take emotion out of the equation when selecting the team to face the Wallabies for the second time in six days in Brisbane on Saturday.

The Boks suffered a surprise Rugby Championship defeat at the hands of the Australians in the Gold Coast last Sunday, going down late on to a Quade Cooper penalty.

While the recalled Aussie No 10 didn’t miss a kick at goal and played a big part in the 28-26 win by his team, the Boks – through flyhalf Handre Pollard and his replacement Damian Willemse – missed several shots at goal, which ultimately proved the difference between the teams.

But while the kicking by Pollard and Willemse, and the decision to go into the game with just two backs replacements (and six forwards), and no Test-proven goal-kicker, has been criticised in some quarters, Nienaber has stuck to his guns this week and picked largely the same side for the “return match” in Brisbane.

“You need to think unemotionally when selecting a team; that makes it easier,” said Nienaber on Wednesday.

“If we had secured the ball at the last scrum last weekend, kicked it out and won, we’d be here smiling this week.

“We have to be objective… sometimes you play well and lose, other times you play poorly and win. No one wants to miss kicks or tackles or knock the ball on.

“If we’d won at the end last week no one would be saying anything. That said, there are things we need to fix, like our kicking, the defence, the discipline. But, it’s important to have continuity in selection.”

ALSO READ: Orie, Nyakane in for Boks, as Nienaber sticks with 6-2 bench split

The only changes are up front where Marvin Orie comes in for the concussed Lood de Jager, while Trevor Nyakane replaces Steven Kitshoff, who drops down to the bench, with Ox Nche falling out.

“We’ll miss Lood’s experience; he’s played 50 Tests after all, while Marvin only has a handful of Tests to his name,” said Nienaber.

“But, Marvin has lots of first class experience; he’s played a lot of Super Rugby and he and Eben (Etzebeth) know each other from playing together at school (Tygerberg).

“Marvin’s also been with us for a while, I trust him and look forward to seeing what he can bring to the party.”

Nienaber said De Jager would possibly be ready to return to the team next week, ahead of the first of two Tests against the All Blacks.

Cheslin Kolbe, who missed last weekend’s game and will also sit out this match, could also return to the side next week. “He’s currently running on his own next to the field, but done no team training. We won’t rush him,” said Nienaber.

Saturday’s match kicks off at 9.05am SA time.