Barrett: ‘Boks will rise to challenge in 100th All Blacks Test’

The world champions are a wounded bunch after losing twice in succession to the Australian Wallabies. 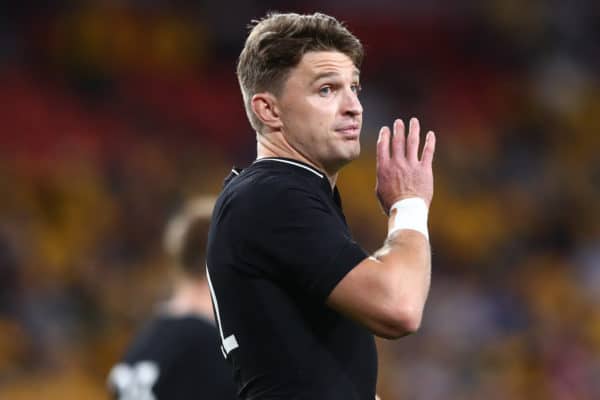 Experienced All Blacks flyhalf Beauden Barrett believes the Springboks will be a much-improved team when they clash in the 100th Test between the sides this weekend. Picture: Chris Hyde/Getty Images

The All Blacks are eager to claim bragging rights over the world champion Springboks but expect a much-improved South Africa performance in Townsville this weekend, flyhalf Beauden Barrett said Monday.

The Rugby Championship fifth-round clash on Saturday will be the 100th Test between the southern hemisphere heavyweights and Barrett said the New Zealanders were keenly aware of the fixture’s history.

It will also be the first time in a decade the All Blacks have faced a reigning world champion, which Barrett admitted added spice to the occasion.

“It’s been a while since we played the Boks and the first time for me personally and any of the team playing against the world champs,” he told reporters.

“It’s a rivalry that has a long tradition and lots of very memorable games, there’s a proud history and I can’t wait to hopefully play the 100th on the weekend.”

ALSO READ: Boks have a lot of problems to fix after two sloppy defeats

South Africa were world champions when they played New Zealand in the Tri-Nations in 2011, before the All Blacks claimed back-to-back titles.

The teams have contrasting fortunes heading into Saturday’s match, with the All Blacks undefeated in this year’s tournament and regaining the world number one ranking, while the Boks have lost twice to Australia.

Barrett did not believe the South Africans’ recent disappointments would have any bearing on Saturday’s match.

“We’re playing the world champions — we know they’ll rise to the occasion and be a lot better than they’ve been in recent weeks,” Barrett said.

“Where they’ve caught us out the last couple of times was their line speed defensively,” said Retallick.

“They’ve outmuscled us, we haven’t been able to break them down through our attack and they’ve punished us.

“So you’ve always got the set-piece battle but dealing with that line speed and being able to hurt them is going to be massive.”

Retallick said the All Blacks would concentrate on producing their trademark free-flowing game rather than playing the game at South Africa’s pace.

“From our point of view, it’s what we do with the ball. We don’t want to get caught up in going set-piece to set-piece.

“With the freedom the boys are playing with, using the ball and creating opportunities, there’s no doubt about how we want to play our game.”