Lions in the dark about first-up United Rugby Champs opponents

This will be the first time the Lions play against international opposition since leaving Super Rugby midway through the 2020 Super Rugby competition. 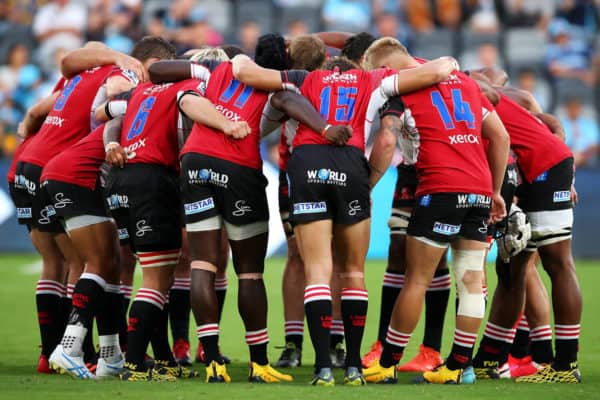 The Lions are up against Zebre of Italy in their first United Rugby Championship match in Parma on Friday. Picture: Mark Kolbe/Getty Images

The Lions admit they don’t know too much about Zebre Rugby – their first-up opponents in the new United Rugby Championship – but they’re ready to give it their all in what they call a vital first match in Parma, Italy, this weekend.

The new adventure for South Africa’s so-called Big Four teams – the Bulls, Lions, Sharks and Stormers – starts on Friday when the Lions take on the Italian side, with kickoff at 6.35pm.

New Lions backline coach, former Springbok centre Jaque Fourie, admitted on Monday he and the team are in the dark about who they’ll be up against in their first outing.

“It’s out first time in the competition and the games we’ve seen of Zebre in action are from a long time ago. But that’s not the worst thing; we’re focused more on ourselves than the opposition.”

Centre Wandisile Simelane agreed with his coach, but wasn’t sure if not knowing the Zebre players well was a good or bad thing.

“I suppose it’s good not knowing who we’re up against because we can just focus on us, but it’s also bad because we don’t know what’s going to be coming at us.”

Simelane though said he and his team-mates were excited about the new competition – the Lions’ first adventure in European club rugby.

“It’s a new competition, with new and different teams to play against, new cities to visit, in different countries,” enthused the promising centre.

‘Start on a new page’

The Lions go into the competition on the back of a poor Currie Cup campaign and with questions being asked about the coaching team and the inexperience and depth of the playing squad. There are only a handful of players in the group who’ve played regularly against international competition, and Fourie admitted it would be crucial to get off to a good start.

“It’s been a bit of a challenge for me (and the new coaches), having had so little time to work with the players after the Currie Cup,” said Fourie who along with Albert van den Berg and Ricardo Loubscher only joined the coaching staff in the last two weeks.

“The basics stay the same though; we’ll just tweak a few things here and there. If you change too much it becomes very disruptive to the team.

“We’ve put the Currie Cup behind us; we had to do that quickly, and we’re ready to start on a new page.

“A good start, getting a win first up, will be be very helpful… especially on a four-week tour like this one.”