Stormers ‘frustrated’ after missing out on first URC win

"If we get a win in our next match, I think we will have done OK on this tour," said coach John Dobson. 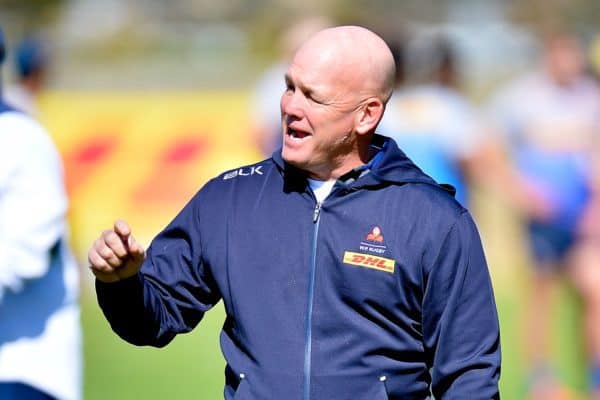 The Stormers are targeting a good end to their maiden European tour after they came up just short of their first win in the United Rugby Championship at the weekend, drawing 20-20 with Edinburgh.

The Stormers have improved in each of their three games so far after losing against Benetton Rugby first up, then giving Munster a run for their money and finally putting in a strong showing against Edinburgh.

They will now look to take that momentum into their next game against Dragons before the campaign takes a break for the November internationals Tests.

ALSO READ: Stormers draw with Edinburgh after scoreless second half

“I think if we get five points next week against Dragons we’ll have eight, which is the equivalent to two wins on tour, which was pretty much our goal,” said Stormers coach John Dobson.

“A draw up here at Edinburgh is tough, so if we get a win next week I think we will have done OK on this tour.

“I know it’s easy to judge the emotion of results. We were reasonably good against Benetton in a game we probably threw away and I thought for much of it against Munster we were almost sublime, so on our first trip here without our full strength team, I think we represented the franchise reasonably well.”

ALSO READ: ‘We lost, but they did not beat us’ – Lions focus on positives

In the Edinburgh game, a thrilling first half had the teams locked level at 20-all going into the break, before the rain came down in the second half, making conditions on the slippery 4G surface very tough for both sides, which led to a scoreless second 40 minutes.

“I am proud of the guys. We are feeling a little bit frustrated, as one does after draws, and I think in that back 20 minutes we had a few chances to win it,” admitted Dobson.

“But I think with the loss of Adre (Smith, who received a ban for biting) and losing our frontline nine and 10 during the week, I think we did OK.

“It is a tough place to play. Edinburgh isn’t a bad team, as we have seen, so I’m pretty proud of the effort, but I would have liked to have won.”