Sharks must be ‘clinical’ on artificial pitch, says Pienaar

The Sharks’ performance this weekend will need to have the same properties they showed in convincingly beating Ospreys last week. 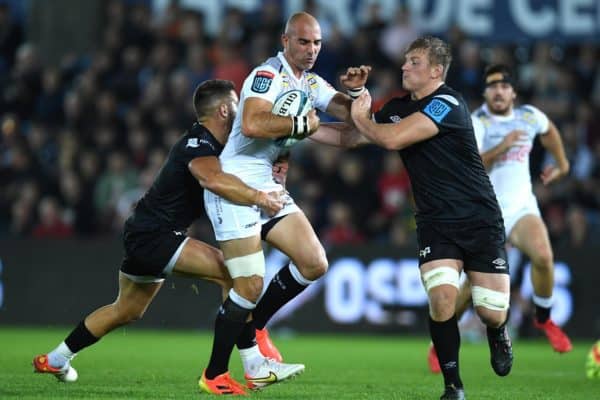 Ruan Pienaar is a highly experienced man when it comes to playing against European opposition, and the scrumhalf says the Sharks dare not give Cardiff Blues any weak points to exploit in their defence as they meet on the 4G pitch at Arms Park on Saturday.

South African teams are starting to come to terms with playing on artificial turf in the UK, and Cardiff are known for their attacking style on their fast-paced home surface.

Plus, having lost to the Bulls last weekend via a dramatic second-half comeback, the hosts will be taking nothing for granted on Saturday.

“Cardiff will be disappointed to have two losses on the bounce, and I think they felt in control in the first half of their match against the Bulls,” Pienaar said.

“They are a good team, so they will be desperate to bounce back. They have a lot of dangerous players and if we give them time on the ball and let them dictate the tempo, then it will be a really tough challenge against them.

“You’ve got to be clinical and really accurate on those pitches because the game is a lot faster and the tempo much higher. We’ve got to be on-point defensively or their dangerous back three will hurt us.”

The former Ulster stalwart said the Sharks’ performance on Saturday would need to have the same properties they showed in convincingly beating Ospreys last weekend, also with a brilliant second-half display.

“Against the Ospreys we played in the right areas, our discipline was good and we took our chances,” Pienaar said.

“We responded very well to our first two losses and you have to adapt to how the referees blow over here.

“Playing first up against Munster was always going to be a tough introduction, a massive learning curve, because they are a very good team and especially difficult at Thomond Park. Our discipline let us down against them and there were costly errors, but against Glasgow Warriors, if we had done one or two things differently, then it could have been a different story.

“It’s a completely different way of playing over here, but we have been fortunate to have really good weather. Normally it is quite miserable already at this time of year.

“I played here for a long time. You know the opposition is going to be really well coached and our key decision-makers are crucial.”